Classic American designer Ralph Lauren has revealed the uniforms that Team USA will proudly don at the 2014 Winter Olympics in Sochi, Russia.

The sporty collection includes everything from a classic ski sweater with a hand-sewn American flag to a structured navy peacoat with a patriotic red stripe. The designer also crafted opening and closing ceremony ensembles for the team to wear.

However, Team USA will not always be seen wearing Ralph Lauren-made garments, since clothes for individual competitions are sometimes made by athletic-clothing brands, depending on things like sponsorship deals.

Lauren has proudly outfitted the U.S. Olympic Team since 2008, and has overcome controversy when Congress found after the London 2012 Olympic Games that many of the uniforms in years past were manufactured in China. This time around, Lauren was sure to craft the Olympian garments at home in New York’s Garment District, with raw materials fashioned from yarn spinners in Pennsylvania and wool from a stock ranch in Oregon. 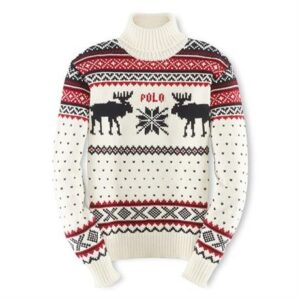 “What I hear from the athletes on this topic is that we go out in the Olympic Games and in every competition, we represent the United States of America,” said David Lauren, the company’s executive vice president of advertising, marketing and corporate communications, to the AP. I might not know every citizen, but I represent them,” he said. “The more people who are tied into the Olympic story, the closer to home each story hits.”