After four long years, one of the most-watched events ever, the FIFA World Cup is finally here and is flooding our airwaves. This premier international association football (soccer) tournament, which began June 11 and will conclude on July 11, matches the 2008 Summer Olympics as the sports event with the most competing nations. Needless to say, the World Cup makes for an exciting time!

Cheer for the USA this Friday as they take on Slovenia at one of these game-day hotspots! 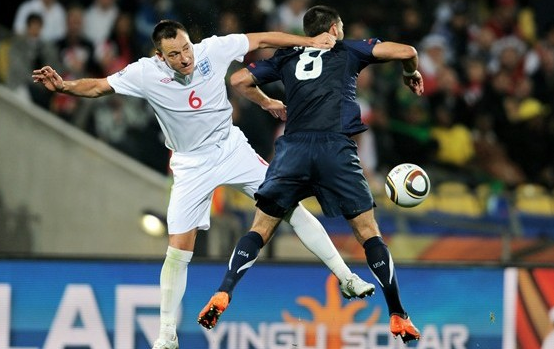 Zipps and Goldie’s Neighborhood Sports Cafe
Catch the World Cup on H.D. flat screen TV’s while playing a game of pool or shuffleboard. Each Zipps location and Goldie’s in Scottsdale also offers the same delicious homemade menu and large selection of your favorite libations.
Visit zipps-sportscafe.com for locations across the Valley.
Goldie’s: 10135 E. Via Linda, Scottsdale. 480.451.6269, goldiessportscafe.net.

Fox Sports Grill
This upscale eatery and bar has sports written all over it! Fox Sports Grill is a stylized yet casual restaurant with great contemporary American cuisine and invites you to watch the soccer game in its state-of-the-art viewing environment, where multiple plasma and large-scale projection screens broadcast a range of sports and entertainment programming daily.
16203 N. Scottsdale Road, Scottsdale, 480.368.0369, foxsportsgrill.com.

Stoudemire’s Downtown
Working during the big game? Stoudemire’s conveniently punctures Downtown Phoenix and is just a short stroll the US Airways Center. The bar and restaurant is always hopping and is obviously named after the owner and Phoenix Suns forward Amar’e Stoudemire. NFL quarterback Donovan McNabb and Sports Illustrated columnist Rick Reilly have raved about the menu, according to The Arizona Republic.
3 S. Second St., Phoenix. 602.307.5825, stoudemiresdowntown.com.