When traveling by airplane, little unasnwered questions always seem to arise: Where, exactly, does the plane’s recirculated air come from? Can I get sunburned from being so close to the sun through the windown? Here’s what government and medical experts had to say in a recent New York Times article about five common travel questions:

Should I Wear Sunscreen on the Plane?
“Pilots do have a higher incidence of skin cancer,” said Dr. James M. Spencer, a member of the board of directors of the American Academy of Dermatology and an expert in skin cancer treatment and cosmetic surgery in St. Petersburg, Fla.

Although the reason why pilots have skin cancer is unknown, it is proven that the windows on planes don’t block skin-harming UVA rays. On the other hand, higher altitude means stronger ultraviolet rays.

“The dose of UVA at 20,000 feet is a lot bigger dose than you’d get on the surface of the Earth,” Dr. Spencer said. Still, the windows on a plane are small, and most people don’t fly all day, every day.

Are Cocktails More Potent at High Altitudes?
Consuming alcohol in the cabin can further decrease hydration. According to Dr. Linda C. Degutis, the director of the National Center for Injury Prevention and Control at the Centers for Disease Control and Prevention in Atlanta, the air inside a plane cabin tends to have a humidity level of 10 to 20 percent, which is lower than the typical indoor humidity level of 30 to 65 percent.

Furthermore, consuming alcohol in-flight may increase your chances of contracting a respiratory infection, thanks to the combination of alcohol (or coffee) with the dry cabin air, according to the Department of Transportation.

Not to mention, tipsy passengers don’t make the safest drivers post-flight, either.

Are Checked Bags Often Lost or Damaged?
Not as often as you might think. The Department of Transportation’s Air Travel Consumer Report includes a “mishandled baggage rate,” which Bill Mosley, a spokesman for the department, said combines lost, delayed, damaged and stolen bags. In May, there were 2.77 reports per 1,000 passengers. That’s better than the same period a year ago, when there were 3.54 reports per 1,000 passengers.

However; it’s important to check in early, remove luggage tags from previous trips and try to fly nonstop, if you can, to avoid any misplaced luggage.

Is the Air Vent Making You Sick?
You’re more than likely to catch cold if you’re sitting next to a sick passenger or from touching things like the bathroom sink rather than from recirculated cabin air.

According to the Centers for Disease Control and Prevention, the cabin air is mixed with outside air and recirculated air, and most new-model planes pass the recirculated air through high-efficiency particulate air filters meant to capture 99.9 percent of tiny particles like bacteria and fungi.

Can Portable Electronic Devices Harm the Plane?
It is still unknown whether radio signals that emit from personal electronic devices could affect aircraft communications, navigation and flight control.

Although Wi-Fi is in the works to being admitted on planes at an individual basis, cellphone use, which sends out strong signals, is banned by the Federal Communications Commission because of its potential to disrupt wireless networks on the ground.

So for now, it’s better to be safe than sorry and turn off your phone. 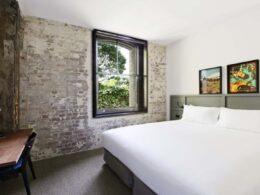 The 1888 Hotel in Sydney, Australia is the place for travelers who Instagram it all.
byChristina 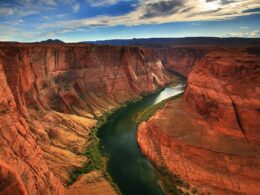 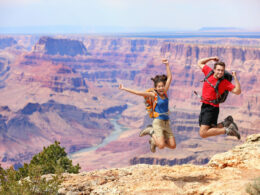 Arizona Ranks 6th in the Nation for National Park Trips

In a recent report by Outdoorsy, Arizona currently ranks 6th in the nation for annual park visitors, memorials, and state revenue.
byTyler Hollis 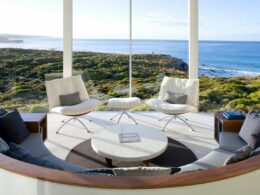 Surround yourself by deep canyons and towering plateaus or bask on a tropical island in the middle of the South Pacific Ocean at these top international remote hotels.
byChristina