Who’s the goodest boy in all of Phoenix? Holliday the pup! Say hello to AZ Foothills 2019 Dog Days of Summer Cutest Dog Contest winner, Holliday. The precious pup will appear in the April 2020 Best of Our Valley issue of Arizona Foothills Magazine and scored a cash prize of $500 for his win.

Over the summer, hundreds of furry models entered AZ Foothills annual contest. After six weeks of online voting the top fifteen pups with the most votes moved on to the Finale Pawty at Oh My Dog Boutique Hotel. The doggos strutted their stuff on a red carpet runway in front of a pooch loving panel of judges including 2019 Dog Days titleholder Emmi the Shorkie. Four winners were crowned including Cutest Small Dog, Cutest Large Dog, Best Dressed and an Overall Cutest Dog Winner.

Handsome Holliday, an 8-month-old Samoyed-Golden Retriever mix named after the infamous Doc Holliday, resides in Phoenix with his pawrents, fur brother and new human brother, Wyatt (as in Wyatt Earp, get it).

Holliday was miraculously saved from the Chinese meat trade with the help of two rescues, Slaughterhouse Survivors and Bunny’s Buddies, and flew all the way from Asia to the United States to be with his forever family. Holliday plans to give back to the rescues who saved him by donating his prize money to them.

Although he came from humble and heart-wrenching beginnings, Holliday loves and trusts all around him and will gladly accept hugs, pets, and kisses from anyone who’d like to offer them. Some of Holliday’s hobbies include chasing lizards, road trips to Northern Arizona, barking at nothing, begging for treats and all things water-related.

Holliday and his corgi brother Chance, also adopted from Korea, share an Instagram ran by their momager at @hollidayandchanceplz.

Pint-sized Peony, a 7-month-old Maltese, was born in South Korea but now calls Phoenix home. The little white ball of fluff enjoys staying fit by running sprints with her dad each morning and wakes up to do so at 5:30a every day without fail. Peony has a lot of tricks up her sleeve, 15 to be exact, including ringing a bell when she needs to potty.  She is a friendly girl who has big plans to get certified as a therapy dog soon. Peony likes to post photos of herself on Instagram at @queen.peony.

Beau is a 1-year-old big ball of English Golden Retriever love who came to Scottsdale from Northern Lights Golden Retrievers in Minnesota. He can often be found strolling through Scottsdale Quarter, visiting all his friends in the shops, and capping off his day with a visit to Press Coffee for a Pup-a-chino. He is looking forward to taking on emotional companion training for future visits to at-risk children here in the Valley and loves to support local nonprofit organization, Gabriel’s Angels. In his spare time, he likes to post on his Facebook page: Beau Mengedoth – The Good, The Bad, The Ugly – and would love to get a friend request from you.

Cutie-patootie, Leo is a seven-month-old mini Goldendoodle from Scottsdale who is known on the streets for cheering up those in uniform during his daily walks – construction crews, firemen, police officers, you name it. Leo is proud to have mastered the ‘hind leg stand’ and can hold it for a whole minute. He is also relentless when it comes to fetch. Of course, fashion is his biggest passion and he loves dressing up to pose for the camera. Look out for Leo on Instagram at @puppydoodlelife where he has his very own branded hashtag.

The Finale Pawty festivities were dedicated to the loving memory of finalist, Tuli the Doodle, who tragically passed away just days before the big event. The 10-month-old Goldendoodle loved tennis balls with a passion and running as fast as she could in her wheelchair. Unfortunately, Tuli had spinal cord cancer which caused paralysis but she didn’t let that stop her from being a joyful, loving pup who inspired thousands through social media. We know she is now at the Rainbow Bridge, happy and healthy.

For more info on how to get your adorable best buddy in the annual contest click here. 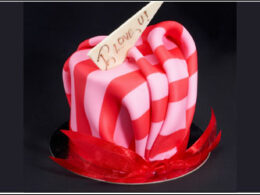 So you want to make your man’s mouth water this Valentine’s Day… You want something memorable,…
byJackie 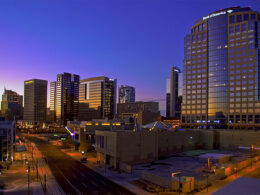 Phoenix has been ranked among the top 10 best cities for new graduates.
byChristina 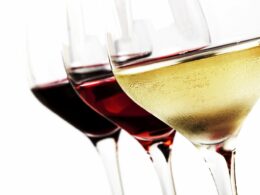 You don’t have to order in pizza to have deliciousness delivered straight to your doorstep. Featured below are…
byCaitie 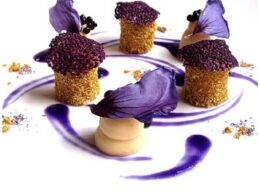 Warning: Viewing this article will leave you craving delicious food and possibly lead to a broken diet. Food…
byCaitie