Scorching summer months call for delicious frozen treats. Though frozen yogurt is a healthier alternative to ice cream, the damage to well-being is served up in the toppings.

“Frozen yogurt should be thought of as a treat,” says Rachel Berman, director of nutrition for CalorieCount.com, “not necessarily as an everyday thing — and not as a healthy lunch!”

Loading up your cup can lead to a surprisingly high amount of sugar, carbs and calories, she says, a combo that will leave you craving more. “Having a balance of fat, carbs and protein is what’s going to keep you fuller, longer,” she says.

Tip: Stick to just one scoop of your favorite topping next time. That way, you can’t really do too much damage, Berman says.

Here are the healthiest mix-ins to add to your cup and the ones you should avoid (or at least be light-handed in):

Fresh Fruit
It just makes sense that fruit is a healthy topper option. In fact, in one-tablespoon servings, none will run you much more than 10 calories, says Berman. Beware of fruit that’s served in syrup, though, since it adds nothing but extra sugar and calories, she warns. “Dried fruit can actually pack a lot more calories in a smaller amount,” she says. Coconut, for example, packs more calories than fresh fruit, thanks to its naturally-occurring saturated fat.

Candy
Instead of loading your cup with Snickers and Reese’s Pieces (easier said than done), go for some dark chocolate chips. Carob chips, which many stores offer now, are similar nutritionally but may pack a tiny bit more fiber and protein, explains Berman.

Cookies
“I personally will add a sprinkle of cookie crumble,” says Berman. “It’s probably going to cost you 30 to 50 calories. But keep in mind that it’s only offering you sugar, so you might want to also try a tablespoon of sliced almonds for a little fat and protein.” Alternatively, splurge with a lower-fat cookie like Oreo, assuming you’re already getting fat-free, plain yogurt.

Cereal
Compared to its chocolatey neighbors, cereal may look like fruit’s best friend. However, most froyo chains serve up the most sugary cereals (think Fruity Pebbles and Cinnamon Toast Crunch). A one-cup serving of some of these breakfast bites contains more sugar than three chocolate-chip cookies! Fruit Loops and Cap’n Crunch, both fro-yo topping staples, are more than 40 percent sugar by weight.

Sauces
Hot fudge, whipped topping, caramel sauce — they’re sugar “in its simplest form,” says Berman, and better off avoided. Even honey, which does contain small amounts of vitamins and minerals, “is just providing you sugar” in this case, she says.

Nuts
Nuts can deliver a punch of healthy fats, but in limited doses. Look for almonds, cashews or pistachios, which are the lowest in calories, Health.com reported.

Sprinkles and Gummy Bears
While gummies and marshmallows are straight sugar, add in sprinkles and you have a whole confection of unnatural dyes. 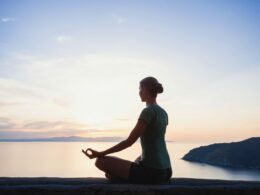 3 Reasons You Should be Meditating

Is your mental fitness struggling? Meditation can reduce stress and anxiety, improve overall sleep, and focus on the things that bring you positivity.
byKarah Van Kammen 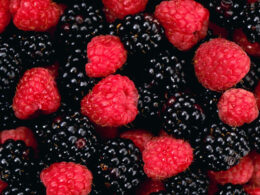 Yogis on a budget or looking for a new studio, read on! Blissful Yoga is expanding and opening…
byJackie 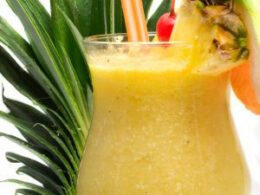 Last Saturday marked the start of spring, which means hot and sunny days are upon us. Stay cool…
byJackie