For everyone else, January is a time to set new resolutions for the upcoming year, get back to work after a long holiday break and maybe hit the slopes while the snow is still falling. For Arizonans, January is a time to get “revved up” for the many exotic cars and enthusiasts rolling into the Valley for the incredible annual car auctions!

Ok ladies, this may seem like more of a “guy-thing,” but these cars are practically works of art, not to mention the events are filled with people from all over the country, exceptional fashion shows, parties, great food and drink and exciting auctions. Here’s the line-up:

Barrett-Jackson Collector Car Event: Going on it’s 38th year, Barrett-Jackson, Scottsdale’s signature auction, will feature some of the most high-profile vehicles, a glamorous fashion show, a high-energy crowd and amazing food and drink – all going on in a span of nine days. Last year, Barrett-Jackson sold more than $88 million. Some of the cars on the menu this year are: a 1965 Ford Mustang, a 1978 Chevrolet Corvette, a 1989 Lotus Esprit, and many more.

RM Auction: Arizona Automobiles: The 2009 Arizona Biltmore Auction is sure to exceed all expectations with its line of high-end cars ready for display. Last year the RM Auction was a huge success and saw roughly $30 million in sales and a 95% sales rate. The show will boast a rare 1963 Corvette Grand Sport for $7 million, which is expected to break the world record for an American-built automobile. Other cars include Bugattis, Ferraris and celebrity exotic cars owned by Bob Hope and Steve McQueen.

Russo and Steele Collector Automobile Auction: This five-day, 500 all reserve car auction is going on its 9th year and is known for its “sports & muscle” because that’s what you get – sexy European sports cars, American muscle, Hot rods and custom automobiles.  Last year’s event sold $19.8 million. This year, the auction is set to unveil a 1970 Plymouth Hemi ‘Cuda – ‘Nicolas Cage’, 1973 Ferrari 365 GTB/4 Daytona Spyder Conversion, 1957 Cadillac Eldorado Biarritz Convertible, and many more!

The north-Scottsdale auction is set up under huge tents and includes an auction-in-the-round format. Only credentialed bidders are allowed in the main auction tent but attendees can 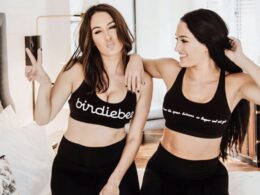 Psst, Bella Army babes and fashion fans: a little birdie told us that The Bella Twins will be…
byKarah Van Kammen 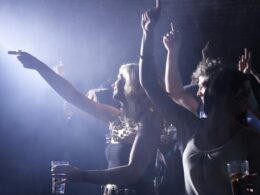 Five Hot Parties to be Seen This Weekend In Metro Phoenix

There’s always something going on at night in the Valley.  From Burlesque performances at the W Scottsdale to…
byCaitie 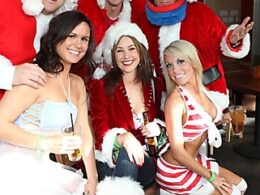 Dress Up for the Annual Charity Santa Crawl

Dress up and bar crawl your way for charity.
byChristina 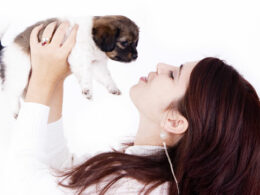 Pet-Friendly Events for You and Your Pup in Phoenix

Let’s face it, some people are addicted to their pup. They carry them around in their purses, bring…
byJackie