Fashion and art have gone creatively hand in hand throughout the decades, inspiring one, influencing the other. We can just look at Richard Prince and Takashi Murakami’s infamous designs for Louis Vuitton, or Francois Pinault, who owns the notable art auction house Christie’s, as well as fashion conglomerate Gucci Group, as a testament to this complementary relationship.

So it goes without a doubt this season’s fashion trends are heavily influenced by art; little did you know that spring pastel or bold colorblock print is influenced by art forms as varied as urban architecture or street art.

Scroll down to see the comparisons!

Art Deco
The Art Deco style first had its roots in 1920s Paris. Purely decorative, the movement was marked by strong linear symmetry and drew design inspiration from ancient Egypt and Aztec. A famous architectural example is the spire of the Chrysler building in New York City. 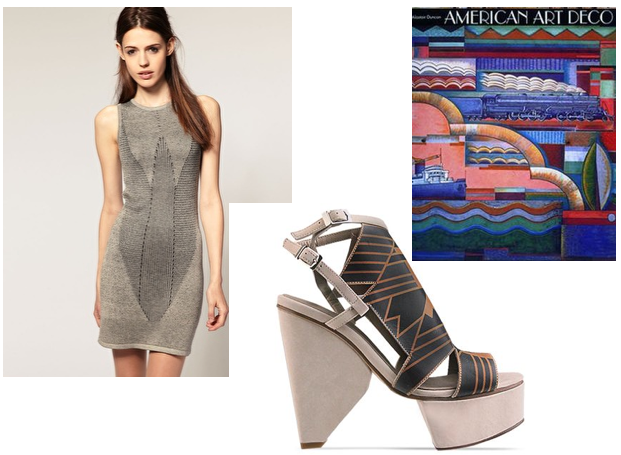 Bauhaus
Influential in forming the basis for modern architecture and design, the Bauhaus operated as school in Germany that combined crafts and the fine arts in the early 20th century. 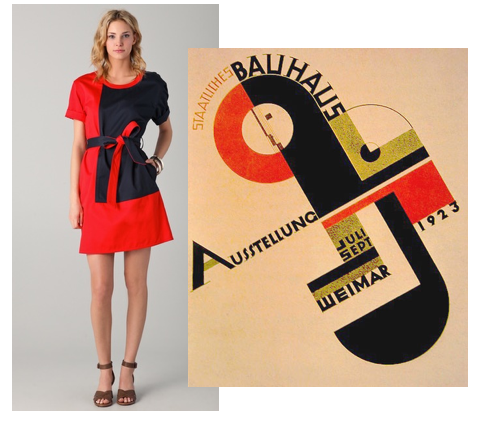 Graffiti
Street art known as graffiti revolutionized the artistic world in the late ’80s to early ’90s. Artists such as Keith Haring used art as as social reponse to the New York City street culture. 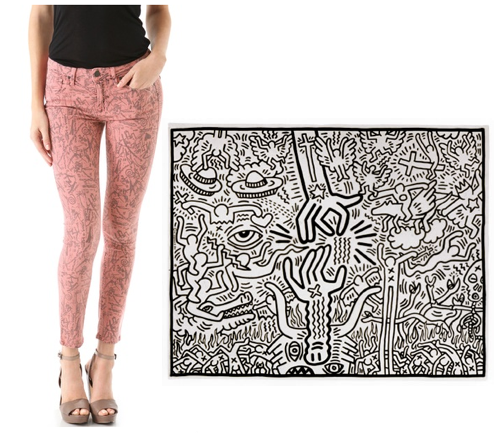 Picasso
Without it being said, Pablo Picasso was one of the most influential aritsts of the 20th century for jumpstarting the Cubist movement that featured a new display medium of the collage. 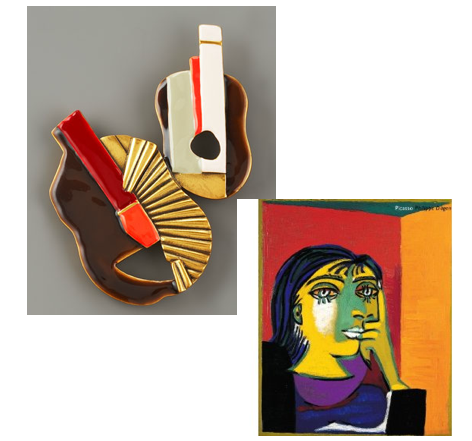 Watercolor
Light and refreshing, the use of watercolor can be traced back to cave paintings of paleolithic Europe. More modern examples include French Impressionist Paul Cezanne and American Modernist Georgia O’Keeffe with her gorgeous flowers. 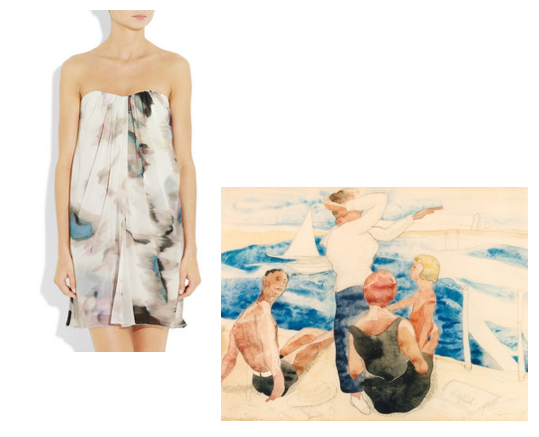