The talented folks behind Beckett’s Table in Phoenix have announced a new opening, Southern Rail. This will be the team’s second restaurant at The Newton in uptown Phoenix. Southern Rail is slated to open this fall.
The comfortable, inviting restaurant will spotlight southern classics redefined by Chef Justin Beckett’s creative signature style. Diners can expect  “low country” cooking of the coastal Carolinas, Cajun and Creole fare of New Orleans, and slow-smoked barbecue of south Texas. “There is so much nostalgia around the food from the South, from the Carolinas through the Gulf Coast, Texas, New Mexico and Arizona,” Beckett says. “There is so much history and passion and depth in the preparation of meals. I love the notion that families come to the kitchen after a long day and celebrate each other with food that has been on the stovetop cooking all day and sometimes overnight.”
The wine and beverage program will boast an all-American wine list, local and craft beers, and handcrafted cocktails featuring boutique spirits. Southern Rail will also feature an indoor-outdoor bar, two patios, a communal table, private dining area, open kitchen and lively dining room. “The South is known for its sincere and inviting brand of hospitality making you feel at home,” says Katie Stephens, owner. “We have always been dedicated to giving our guests a welcoming experience. That will remain true at Southern Rail.” www.southernrailaz.com.
Want the scoop on new restaurant openings in the Valley? Follow us on Twitter @AZFoothillsFood. 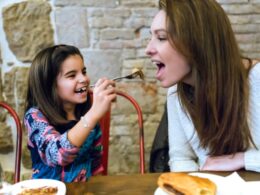 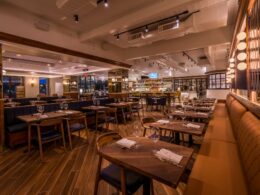 A Taste of Fat Ox 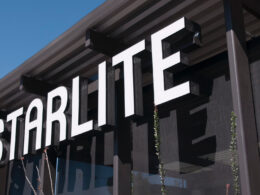 For this weeks Tyler's Taste Talks, I visited Starlite BBQ + Whiskey Bar in Scottsdale and had some of the BEST BBQ in town. It's a must try!
byTyler Hollis 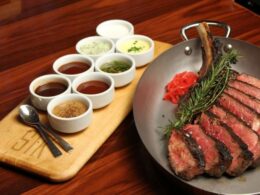