Cheers! These days, we are happy to report that new restaurants are popping up all over the Valley. We noticed that many of these newbies are putting a big focus on beer and cocktails–and we’re not complaining. Here are three new and soon-to-open Phoenix-area restaurants that you should be toasting at very soon.
Derby Public House (pictured), now open in Old Town Scottsdale on the famous Saddlebag Trail, combines the best in American cuisine, craft cocktails and beers with a cool, colorful modern-vintage vibe. The American gastropub concept was developed by nightlife entrepreneurs, John Dolan and Dan Wierck, of the original Jackrabbit Lounge and Wild Knight. Hand-crafted cocktails not to be missed at Derby Public House, with standouts including the Thoroughbred, shaken with Maker’s Mark, maple syrup, lemon juice, pineapple juice and Sriracha bitters, and the Derby Bramble, made with your choice of Wild Turkey, Nolet’s or Don Julio Blanco and Dry Curacao, house-made blackberry-cinnamon syrup and lemon juice. Plus, the restaurant brews its own fizzy, soda fountain-inspired Bottled Cocktails. The menu is described as “whimsical,” pairing classic dishes with tasty surprises, and its weekend brunch is sure to become a Scottsdale fave thanks to offerings like a waffle-PB&J Monte Cristo. www.derbypublichouse.com.
Scottsdale’s first nano-brewery, Union Barrelhouse, opens at the former site of Salty Senorita in Old Town Scottsdale next month. Union Barrelhouse produces its own artisanal craft beer served alongside Executive Chef Brian Feirstein’s upscale tavern cuisine. A menu standout is the Melts and Malts Sampler, pairing five mini melts (Chef’s new take on the grilled cheese sandwich) with malts from the bar. Thirsty? The restaurant will feature five specialty craft beers made in-house; nine hand-crafted flavors, seasonal brews, and multiple house blends; a 29-degree draft beer; the “Chubs and Growlers” to go; adult shakes and organic sodas on tap; signature margaritas on tap; beer tastings and craftsman dinners; guest beer-pairing events; a “Mug Club”; and much more. Plus, Union Barrelhouse will offer complimentary rides for patrons along the “Hop Stop” to other Old Town beer-centric hot spots. www.unionbarrelhouse.com.
Gilbert-based American TapHouse, which just opened last week, is a family-orientated restaurant with a small-town charm that stands out for its pizzas, Angus beef burgers, specialty sandwiches, delish entrees and, of course, beer. For those who live within three miles, American TapHouse will deliver growlers and bottles of wine (in addition to menu items). It is the only restaurant in the East Valley that has a permit to do so–and one of the few in the state. There is also a kids-eat-free night, happy hour, a ladies night and DJ on the weekends. www.americanth.com. 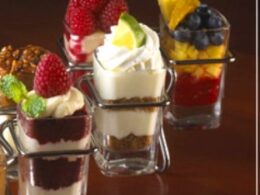 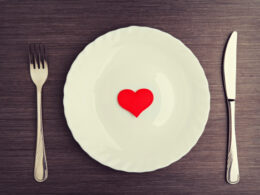 Swoon and savor. Treat your sweetheart to a delicious Valentine’s Day feast at one of these fine Valley…
byMelissa 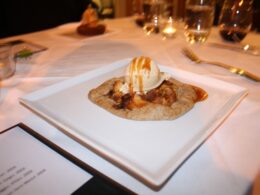 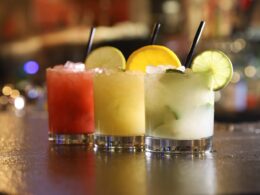 A Taste of Galeto Brazilian Steakhouse

Galeto Brazilian Steakhouse, a new open in Chandler, has a little something for everyone. It is casual enough…
byMelissa
119 shares
20
0
99