The Ritz-Carlton, Dove Mountain in Marana has created its own private wine offering, in collaboration with northern California’s Dutton-Goldfield Winery, expected to make its first appearance at the property’s CORE Kitchen & Wine Bar in late September or early October 2014. The new Dove Mountain Cuvée is a signature pinot noir blend made from single vineyard lots of distinction. The lots for the new label were sourced by Dutton-Goldfield winemakers, and The Ritz-Carlton sommelier Michael West, to create eight of the highest-possible quality barrels for the southern Arizona resort.
The team initially identified 14 out of Dutton Ranch’s 60 non-contiguous parcels on 1,000 acres in the western Russian River Valley, walking and testing thousands of rows of pristine grapes. After harvesting the chosen fruit, they worked together to build the Cuvée.
CORE Kitchen & Wine Bar has also added to its wine list–with some selections available nowhere else in Arizona. The restaurant’s 4,800-bottle list features coveted new additions which include the rare Schrader Cellars Cabernet Sauvignon Beckstoffer To Kalon Vineyard; the Paul Hobbs Winery Cabernet Sauvignon Beckstoffer To Las Piedras Vineyard; Lewis Cellars Cuvée L Cabernet Sauvignon; Denner The Dirt Worshipper; and Saxum Vineyards’ Terry Hoage, Broken Stones, Heart Stone, Booker, Paderewski and James Berry Vineyards. Plus, the resort is the only location in the country currently pouring Epoch “Estate Blend” from Paso Robles, California.
The Ritz-Carlton, Dove Mountain’s CORE Kitchen & Wine Bar has been awarded the prestigious Wine Spectator 2014 Best of Award of Excellence by Wine Spectator Magazine. CORE is among only 11 Arizona establishments to be so honored in the publication’s Restaurant Wine List Awards program (published this month).
“We are honored and thrilled to be awarded the Wine Spectator Best Award of Excellence,” says Liam Doyle, General Manager. “Wine Spectator is greatly respected by our industry and discerning guests, and winning this designation is the culmination of four-plus years of building what we believe to now be a truly world-class wine experience.” www.ritzcarlton.com/dovemountain. 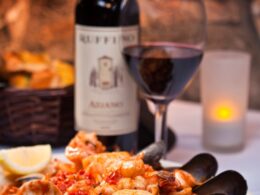 Valentine’s Day is right around the corner. Making a romantic meal at home? Here are a few easy-to-remember…
byMelissa 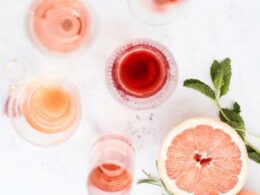 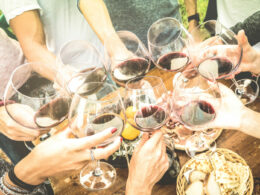 Wine: To Chill or Not to Chill

Is it ever OK to put ice in wine? What is the perfect temp for serving red wine?…
byMelissa 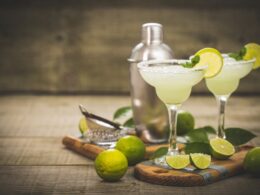 Where to Sip on National Margarita Day

Feb. 22 marks National Margarita Day. Here’s where to sip for a steal! Raise a glass with Tres…
byMelissa