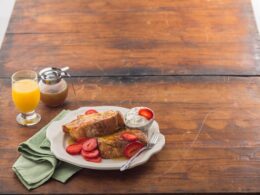 As your holiday guests are probably lingering in town for a few more days, play the role of hostess with the mostess by whipping up this treasured breakfast recipe from Kneaders Bakery.
byMelissa 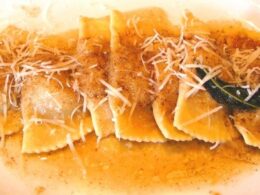 It’s officially fall! Though us Arizonans aren’t quite ready to dust off the scarves and sweaters just yet,…
byMelissa 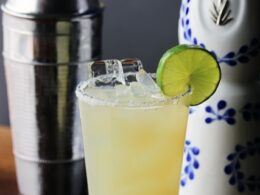 Since it's time to put away the egg nog and mulled cider, we need to fill the void--and this signature margarita from SOL Cocina at Scottsdale Quarter will do just the trick.
byMelissa
14 shares
0
0
14 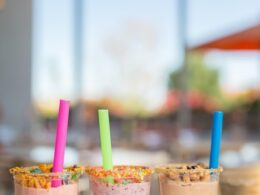 Now open in the Biltmore Corridor, Scramble offers one of the most colorful breakfast concoctions: the Fruity Pebbles Cereal Killer Smoothie.
byMelissa