We hope you have your stretchy pants handy. This weekend is chock-full of tasty food events throughout the Valley.
From noon to 8 p.m. on Sunday, April 24, enjoy pretzels, beer, sausage-themed activities and a menu of exotic brats at Sausage Fest at Brat Haus. Last year, Brat Haus set a new record with their 93-foot-long brat (pictured). This year, they plan to hit 100 feet and beyond with a New Belgium Citradelic Beer Brat. Simmered in beer and made with marjoram, tangerine rind and citrus juices, Sausage Fest guests can purchase a portion of the giant brat for $2 per inch, six inch minimum. One hundred percent of the proceeds will benefit the ALS Association of Arizona. Taking over the open air beer garden at Brat Haus, there will also be a sausage photo zone, sausage-making demos, stein-holding contests, bag toss, beer pong and more. The first 100 people through the door, who are over 21, will receive a complimentary Sausage Fest cocktail, complete with little Smokey, cheddar cheese and pepperoncini garnish. Plus, dogs eat free at Brat Haus on Sundays, so bring your pup to enjoy a Dog Brat, made with all-natural brat of chicken and pork, carrots, squash and more.
The Original Taste returns to the Scottsdale Waterfront on Saturday, April 23, from 7 to 10 p.m. Presented by Executive Council Charities (the nonprofit fundraising arm of the Valley-based organization, Executive Council 70), The Original Taste brings together more than 40 of the Valley’s best restaurants (like Sushi Roku, Tarbell’s and Roka Akor) , wines from across the world, select craft beers and premium cocktails, plus live entertainment and a festive dress-to-impress scene you will not want to miss. Plus, enjoy an expanded live music lineup, headlined by Zowie Bowie. Tickets start at $125.
The Great Southwest Cajun Fest is brought to you by Abita Brewing on Saturday, April 23, from noon to 9 p.m. in downtown Chandler. Showcasing the heart and soul of New Orleans paired with Arizona fusion and flavor, this second year event is relocating to Chandler’s Dr. AJ Chandler Park for a full day packed with cultural festivities, food and entertainment. Presented by Angry Crab Shack, the Southwest Cajun Fest celebrates Cajun culture, cuisine and handcrafted beer, and will feature live music with jazz, blues and contemporary swing revival bands.  Festivities also includes themed zones including Bourbon Street, French Quarter, Garden District and more. Patrons of all ages are encouraged to dress in festive parade style attire and join in on the fun and celebration. General admission is $10, kids 12 and under will be admitted for free. VIP admission is $65, which includes catered food, six adult beverages, access to private seating in the VIP area, private restrooms and front stage access. VIP tickets are only available in advance, online at www.southwestcajunfest.com. A portion of the proceeds from the Great Southwest Cajun Fest will support the Downtown Chandler Community Partnership.
Tempe Marketplace hosts the third annual Beer Olympics from 8 to 11 p.m. on Friday, April 22 at the District Stage. Hundreds of Arizonans-turned-Beer Olympians will have a chance to compete in more than 15 official drinking games, including flip cup relay races, corn hole, giant beer pong, Jenga, speed quarters, ladder golf, putt-putt, croquet, and a hula hoop contest while enjoying a wide selection of beer options, including Bud Light, Goose Island and Montejo. While drinking is optional, having a good time is not. The perfect event for party people with a competitive spirit, the Beer Olympics is the Valley’s finest drinking-game competition for prizes, including a trip to Las Vegas. There will also be live music on the District Stage, along with a DJ. California Pizza Kitchen will also provide quick-serve bites for hungry Olympians for $5. Proceeds from the event will go to Tempe Bicycle Action group, which works to make bicycling a prominent, safe and convenient form of transportation and recreation in Tempe and surrounding areas through education, grassroots events, and civic participation. Beer Olympians must purchase tickets to compete. Tickets cost $10 for general admission, and $15 for a general admission-plus ticket, which comes with two free beers. Group discounts are available with foursomes receiving two beers each, as well as a group photo at the photo booth, four branded headbands and access to a faster “groups only” check-in line for $70. As participants compete in the various games, they will receive stamps on a scorecard. After collecting at least three stamps, competitors will receive entry into the Triathlon Award. Ten stamps enter competitors into the ultimate Decathlon Award. Teams are highly encouraged as there will be awards for Best Team Costume. 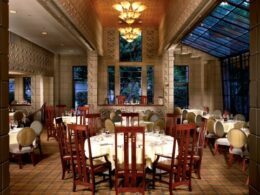 This Weekend: Inside the Chef’s Studio

Phoenix foodies are in for a treat this spring. Phoenix’s Arizona Biltmore Resort & Spa is welcoming…
byMelissa 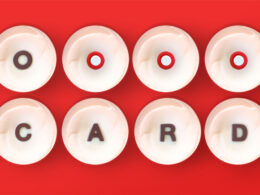 In commemoration of our very own Arizona Cardinals going to the NFC Championship game, Sprinkles has debuted a…
byMelissa 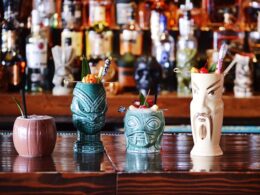 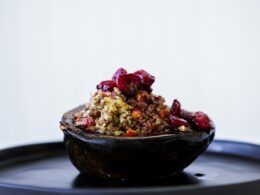