One of the Valley’s top sushi spots is tempting even more diners with the launch of its new gluten-free, chef-crafted menu. After months of experimenting, the new menu at W Scottsdale’s Sushi Roku is available during lunch and dinner and features mmm-inducing 22 items. Diners can choose between 10 different appetizers, including octopus sashimi “Kyoto style” with herb vinaigrette, or filet mignon-wrapped asparagus with soy mirin sauce. Or sample the five different salad, soup and rice plates, like sashimi salad with frisee and soy ginger, or king crab fried rice. Finally, diners can enjoy three hearty entrées or four specially-designed sushi rolls, such as the “Jidori” free-range chicken with yuzu ginger relish, prime ribeye steak “Japonais” or the baked lobster roll with creamy miso sauce.
Sushi Roku’s Chef Shin Toyoda of Sushi Roku says that gluten could be found in unsuspecting places–including many staples of traditional Japanese fare. This includes the soy and ponzu sauces, both of which commonly contain wheat and other gluten-filled grain. To remedy this, Chef Toyoda created housemade gluten-free soy and ponzu sauces. He also sought out a gluten-free rice wine vinegar that still delivered the same tangy flavor and texture. Chef Toyoda also had to make sure none of the traditional marinades or toppings, like sesame seeds which are often coated with wheat products during the roasting process, contain any gluten. www.sushiroku.com.
Want to check out some of the other top gluten-free menus in the Valley? These are tops. 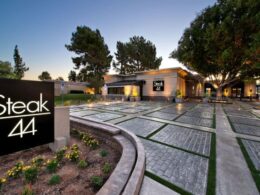 One of the Valley's top steakhouses and one of the most gorgeous local dining spots, Steak 44, has announced a million-dollar renovation.
byMelissa 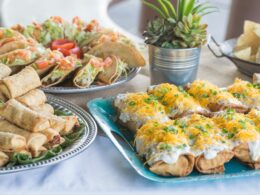 Get Hungry, Someburros is Officially Opening up in South Chandler!

Someburros is opening in South Chandler on Saturday, November 21, and all guests will earn an entry into the giveaway with a fabulous prize!
byTyler Hollis 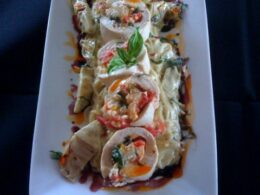 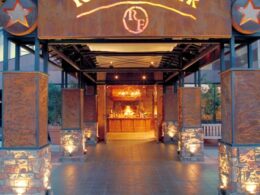 Not in the mood to barbecue this Labor Day? Are burgers and hot dogs just not doing it…
byMelissa