For the second year, Phoenix Art Museum and the Men’s Arts Council have announced its 2014 Ripe Award winners. This year’s honorees are chefs Justin Beckett, Matt Carter, Danielle Leoni, Gio Osso and Jesse Hansen. Ripe strives to acknowledge new leaders in the local culinary scene who exhibit culinary creativity and passion.
The 2014 Ripe winners will be honored on Thursday, Jan. 23, from 6:30 to 9 p.m. at an award ceremony and event at the Phoenix Art Museum. Attendees will enjoy tastes of dishes from the 2014 Ripe chefs as well as wines from Arizona winemakers. Tickets are $70 and are available for purchase at www.ripephx.com.
Learn more about the 2014 Ripe chefs:
Gio Osso – Executive Chef and Owner, Virtù
Named one of the top 20 Best New Restaurants in the U.S. by Esquire Magazine and receiving consistently high reviews across the board of food critics, Osso’s Virtù has marked itself as one of the premiere restaurants in the Valley. Osso’s keen eye for culinary creativity and his ever-changing menu of contemporary cuisine inspired by his Mediterranean roots, guarantees a delicious meal which has caught the attention of a national audience.
Matt Carter – Executive Chef and Co-Owner, Zinc Bistro, The Mission, The House Brasserie, Zinc Brasserie (at Phoenix Sky Harbor’s Terminal 4)
After his first job out of high school working as a dishwasher for a restaurant, Carter quickly realized his love of cooking and the business, and worked his way up the restaurant chain to become one of the most respected executive chefs and restaurant owners in the Phoenix area. Carter’s deep roots in classic culinary training and experience cooking at some of the most acclaimed restaurants in the the southwest, have no doubt helped turn his local restaurant projects into some of the most buzzed about in the Valley.
Justin Beckett – Executive Chef and Co-Owner, Beckett’s Table
Receiving the 2012 Wine Spectator Award of Excellence, Beckett has become a culinary power-house known throughout the Valley. With years of experience and culinary projects under his belt, it’s no surprise that Beckett’s Table’s upscale yet comfortable feel, delicious chef-driven menu and expansive wine list make it a destination hot-spot for Arcadia residents and beyond.
Danielle Leoni – Executive Chef and Co-Owner, The Breadfruit
From the award-winning modern Jamaican restaurant, Leoni rose into Phoenix’s culinary forefront without any formal training, experience in being a chef or in owning a restaurant. A complete self-starter, Leoni turned her love of cooking into one of the most unique restaurants in the Valley perfecting her cuisine and offering expertly prepared fish as well as boasting a list of more than 100 premium rums.
Jesse Hansen – Executive Sous Chef, Proof
As a 16-year veteran of the Four Seasons Hotels & Resort, it’s no wonder that Hansen has made his mark in Phoenix in his role as Executive Sous Chef at their Scottsdale location. With a hand in everything food and beverage related for the AAA Five-Diamond resort, Hansen added a menu of homestyle comfort fare drawing inspiration from his cross-country road trips throughout the U.S. that has drawn in a crowd of diners from throughout the Valley. 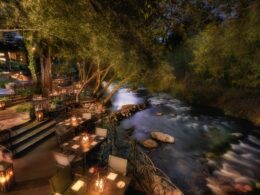 L‘Auberge de Sedona, A Destination Hotel is celebrating its 35th birthday—but we’re the ones who are getting the gift.…
byMelissa 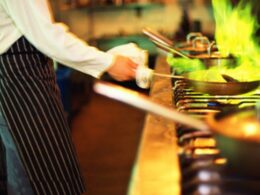 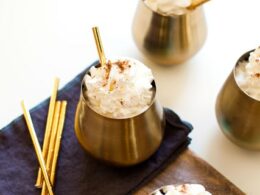 To ring in the first day of fall, cheers to the new season with a decadent autumnal cocktail.
byMelissa 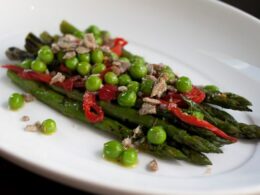 Foodie news roundup for the week of July 21. Get to know Neil Levinson of Classic Cakes…
byMelissa