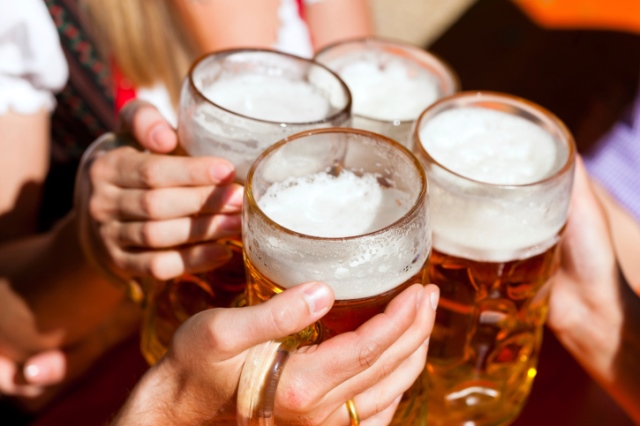 The event, which takes place from 1 to 6 p.m. at the air-conditioned (!) North Hall of WestWorld of Scottsdale, will feature the goods from approximately 30 breweries, including Four Peaks, SanTan, O.H.S.O., Sleepy Dog, Oskar Blues, Mudshark, Prescott, New Belgium, Mike Hess, Stone, North Coast, Nimbus, College Street, Victory, Mexicali, and many more. Beer Palooza will also feature a Beer Store, giving attendees the chance to purchase some of their favorite beers after sampling them by putting together custom six-packs and even fill growlers.

Attendees can also look forward to music from DJ Sean Watson, from 12 to 4:30 p.m., and the live band, Recipe for Disaster (Guns N’ Roses tribute band) from 4:30 to 6 p.m. To feed the hungry masses, The Rocket pizza truck by Fox Restaurant Concepts, the Mustache Pretzel truck, and other beer-friendly foods by M Culinary will be available. Between beer samples, enjoy a few games of cornhole, badminton, arm wrestling, giant Connect 4 and giant Jenga and pose in the photo booth.

Tickets are $40 and come with 20 four-ounce samples of beer. VIP tickets cost $60 and come with 25 four-ounce samples, as well as one hour earlier access to beat the lines and try some special brews only available during the VIP hour. Both ticket levels include a collectible mini-mug sponsored by Discount Cab. Designated Driver tickets are available for $10 and include two non-alcoholic beverages. www.scottsdalebeerpalooza.com.