We’ve all spoken, and Century Grand has listened. Since closing, customers have asked for bottled pre-made cocktails to enjoy at home.

The restaurant didn’t launch to-go cocktails sooner for a variety of reasons. Primarily because they were worried about making them shelf-stable, they didn’t want to make too many and needed to find the right glassware. It came down to the fact that Century Grand wanted to do it right!

Each year Century Grand launches thoughtful and creative cocktail menus with an extensive list of signature drinks. It can get tough to continue to push boundaries and not repeat oneself.

If you want to secure your bottle of our first take-out cocktail, please get it HERE. You can also dive into the details of each cocktail’s development during a virtual happy hour this weekend.

Like all Barter & Shake concepts, Century Grand is deeply influenced by historical moments, people, and places. Guests experience a fictional historical narrative through cocktail menus and the immersive environment.

Century Grand’s narrative is inspired by the transcontinental railroad’s impact on the expansion of the United States, the 18th Amendment prohibiting the sale of alcohol, and Art-Deco.

Instead, the team has launched an online store and a weekly Virtual Happy Hour Cocktail Series, including promoting the purchase of ingredients for customers to make and enjoy selected cocktails at home.

Jason Asher, Furnari’s partner and Director of Beverage for Barter & Shake, states, “Our customers always ask how we come up with our cocktail recipes. As we convert The Grey Hen Saloon into The Grey Hen Rx, what better time to allow everyone to join us in the journey of our cocktail development process?  Our ‘Experimental Cocktail Series’ will be precisely that: a look into how Barter & Shake develop cocktails for our menus.”

The conversion of The Grey Hen from saloon to apothecary builds on the fictional narrative of its sister bar, Platform 18, also located within Century Grand.

“The Grey Hen’s narrative revolves around another character in our story, Dr. Cottley, a compound pharmacist who creates Cure-Alls and Elixirs,” says Furnari.

“In addition, the physical transformation of this space is inspired by New Orleans and the popular apothecaries and coffee shops of the late 19th century. New Orleans was the first city in the country to license a pharmacist, create cocktail bitters, and is home to the first-known cocktail, The Sazerac.”

Century Grand is located in Phoenix, Arizona, on East Indian School Road and 36th Street and is currently expecting to begin accepting reservations in August 2020, pending local government guidance and approval due to COVID-19. 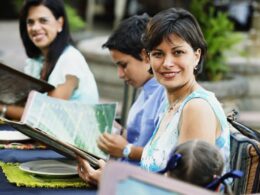 How to Help the Hungry in Phoenix

We all say that we want to make a difference. That we just want to help. Well, Phoenix’s…
byMelissa

At the urging of my co-workers, I recently paid a lunch visit to Crust Italian American Fusion in…
byEditors 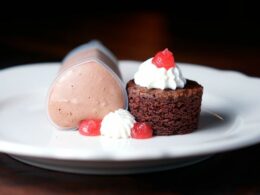 Arizona Restaurant Association's Spring Arizona Restaurant Week (ARW) kicks off today. Presented by BMW North Scottsdale, from May 20 to 29, more than 100 participating restaurants throughout the Valley will offer a three-course prix-fixe menu for $33 or $44 per person
byMelissa 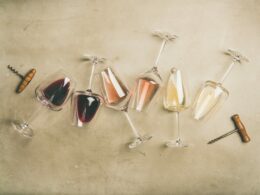 When my patients at Rejuvena Health & Aesthetics are in a rose-all-day kind of mood, I recommend they…
byMelissa
10 shares
9
0
1