Article by David A. Bowers
Crack open a frosty beer and celebrate with a thousand of your closest friends at the Scottsdale Civic Center on Saturday.

Professionally produced by HDE Agency in partnership with SanTan Brewing Company, the Fourth Annual Ameri-CAN Canned Craft Beer Festival returns to Scottsdale and is stronger than ever.
General admission tickets are $35 each and include admission, a souvenir can and 20 four-ounce pours. VIP tickets are available through presale purchase only for $100. VIP tickets include admission one hour early, a souvenir can, 20 four-ounce pours, catered food, a private VIP zone with private restrooms and exclusive specialty beer sampling.
Gates open at noon for VIP ticket holders and 1 p.m. for general admission. There will be live music from Sugar Thieves, Dry River Yacht Club and Take Cover with DJ Slippe spinning tracks in between sets. There will also be food trucks on site including Mustache Pretzels and The Grilled Cheese Truck. The festival goes until 6 p.m. with last pour usually around 5:30 to 5:45 p.m.
There will also be a beer science garden as well as a Beer Olympics featuring fun and games including beer pong and bean-bag toss or “cornhole.”
The 2014 festival will feature more than 80 national breweries will offer over 250 beers in their humblest form—the can. The festival is the brain child of SanTan Brewing Co. owner and brewmaster, Anthony Canecchia. SanTan Brewing began canning their beer in 2009 and by 2010, with very few brewers caning their beers, Canecchia thought it would be a great idea to showcase the can.

“Four years ago, cans were still looked down upon,” said Canecchia. “The stigma came from the idea that cans give beer a metallic taste, but that’s not true. The FDA requires a water-based polymer coating that prevents any liquid from coming in contact with metal and giving it an acrid taste.”
If you have ever heard the adage, “the darker the bottle, the higher quality the beer,” you can take that to the next level with cans. No light whatsoever, gets through an aluminum can, thus preserving the beer quality and providing a longer shelf life than the traditional bottle.
Seven local Arizona breweries will be in attendance with national representation from Alaskan Brewing Co. in Juneau, Alaska to Woodchuck Hard Cider in Middlebury, Vt., with many stops in between including Tallgrass Brewing from Manhattan, Kan., Nola Brewing from New Orleans, La., and Founders Brewing from Grand Rapids, Mich.
Arizona suds seekers will be treated to some rare beers that are hardly, if ever, found in Arizona. Australian Brewery from Sydney will also offer up their take on canned craft beer while early trendsetters in the microbrew movement, Samuel Adams and Sierra Nevada will have their beers available in cans.
The festival coincides with the national American Craft Beer Week which is celebrated May 12-18. According to the Brewers Association, there are currently more than 2,800 small and independent craft breweries and hundreds more popping up across the country every year.
“American Craft Beer Week allows everyone to honor and toast the hard work and success of the craft beer community,” said Julia Herz, publisher of CraftBeer.com and craft beer program director at the Brewers Association. “Against many odds, craft brewers have used grassroots efforts to grow the industry one glass, one bottle, one can, one keg, one growler and one customer at a time.”
The festival will not only offer a respite from a hot day, it will also support the community. HDE Agency’s Jen Pruett says “a portion of event proceeds will benefit the Scottsdale Cultural Council and the American Foundation for Cardiomyopathy.”
Great beer doing good, that’s a cause that we can all get behind.
Details: 1 p.m.-6 p.m. Saturday May 17. Scottsdale Civic Center, 3939 N. Drinkwater Blvd. $35-$100. cannedcraftbeerfest.com. 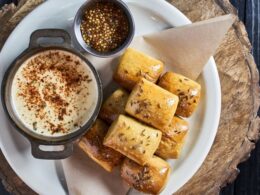 Before or after you’ve had your fun at the Waste Management Phoenix Open (taking place Jan. 27 to…
byMelissa
2 shares
1
0
1 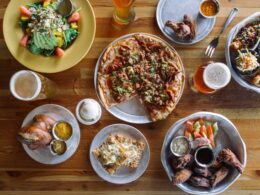 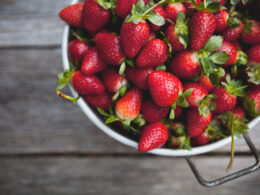 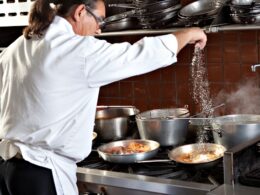 Foodie news roundup for the week of April 20. Grimaldi’s Pizzeria has launched its first seasonal pizza of…
byMelissa