Sanctuary on Camelback Mountain is kicking off its 13th annual Lunch & Learn series, where you can learn how to whip up your own culinary masterpieces under the guidance of professional chefs.

Led by Sanctuary’s executive chef and Food Network star Beau MacMillan, a special culinary expert will be invited to Sanctuary each Saturday starting July 26 through August.

While you’re there, stay the night with Sanctuary’s special $199 rate for Lunch & Learn guests, which also includes a complimentary suite upgrade that’s $100 in value.

July 26: Food Critic Troy Johnson is a former rock journalist turned award-winning food writer, Food Network personality and humorist, who has appeared as a judge on Iron Chef America, The Best Thing I Ever Ate and is now a recurring judge alongside Beau MacMillan on Guy’s Grocery Games.

Aug. 2: Mixologist Jason Asher is head mixologist for Young’s Market Company of Arizona, designing and implementing beverage programs statewide. He began his culinary journey at Sanctuary’s jade bar, and was named the “Nation’s Most Inspired Bartender” of 2010 by GQ as well as one of “Arizona’s Top 100 Culinary Trendsetters.”

Aug. 16: Chef Edward Sylvia is founder and executive chef of Manhattan’s prestigious catering company, Certé, of the go-to for Manhattan’s most prominent corporations and fashion houses, and has made frequent appearances on local and national TV.

Aug. 23 (dinner event): Pastry Chef Elizabeth Falkner is an award-winning chef who has competed in multiple culinary competitions including Food Network’s Next Iron Chef, Redemption, Iron Chef America and Next Iron Chef, Super Chefs, for which she was a finalist and runner-up. She has been a three-time competitor on Food Network’s Challenge, as well as a contestant on Bravo’s Top Chef Masters. 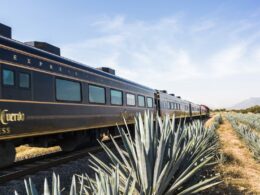 All Aboard the New Jose Cuervo Tequila Train to Mexico

If sampling bottomless tequila on a luxury train through Mexico sounds like a good time, read on. The…
byChristina 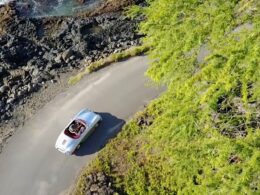 Among its residential-style cabanas, evolving culinary program and more, the resort has introduced new experiences to add to its already impressive array of offerings.
byChristina 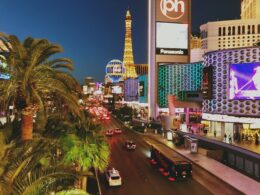 You Can Soon Use Crypto in Las Vegas

Guests will soon be able to use cryptocurrency at the all-new Resorts World Las Vegas.
byChristina 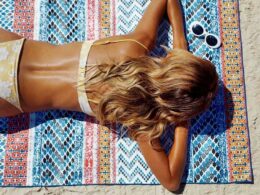