On Saturday, June 1, join Bearizona in celebrating National Black Bear Day and the one-year anniversary of the park’s adoption of four black bear cubs. The day will include a $5 donation per car entering the wildlife park which will benefit the Appalachian Bear Rescue. Bearizona hopes to use the day to educate the public about North America’s most common bear, raise funds for rescue efforts and dispel myths about the black bear.

In 2018, Bearizona adopted four orphaned black bear cubs after their mothers were euthanized for being too habituated to humans and entering civilized neighborhoods.

The first two rescues were 5-month-old male cubs from Pinetop-Lakeside who made national news when they were discovered hiding at the top of a 75-foot tree one day after their mother was taken by the Arizona Game and Fish Department from a residential neighborhood. A local resident had been feeding the bear daily and this was the second time the Arizona Game and Fish Department had attempted to relocate this bear from a residential area back into the wilderness, which meant she ultimately had to be put down. Unfortunately, the mother was euthanized before the department discovered she had two helpless 15-pound cubs that were unfit to survive in the wilderness without her.

Today, the bears, named Bjorn, Ole, Naki and Dala, are doing well and thriving in their new home.

Located outside of the Great Smoky Mountains National Park in Townsend, Tenn., the Appalachian Bear Rescue is a nonprofit organization whose mission is to care for orphaned and injured black bear cubs for the return to their natural habitat. The organization also focuses on increasing public awareness about coexisting with black bears and research to support all aspects of returning cubs to the wild.

For more on the latest travel and resort news, click here. 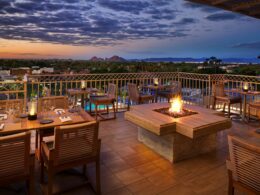 The Phoenician is Serving Up Special Summer Menus

Offered May 27 through September 19, diners can dig into specially priced menus at the resort's most popular restaurants.
bySuzanne Koch
6 shares
5
0
1 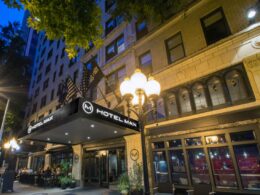 Fall isn’t something we get to really witness here in the desert. Well, not in the same way…
byLeslie Hughes 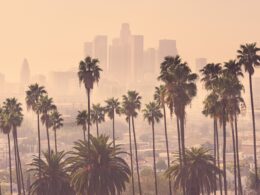 As part of its A Style for Every Stay campaign, Beverly Hills is hosting a pop-up that will treat one lucky winner and a guest to a luxury getaway.
bySuzanne Koch
2 shares
1
0
1 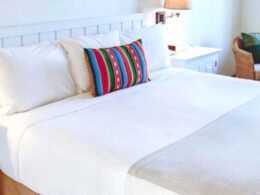