If you’ve ever wondered which hotel rewards program reap the most benefits for travelers, WalletHub has released a list of the best. The company examined the nine largest US hotel chains’ rewards programs using 21 metrics (average value of a point, point expiration policies, volatility of award-night pricing and more) to determine the top five programs:

To complement the findings, WalletHub’s CEO Odysseas Papadimitriou provided us some insight into the results and how to choose the best program for your travel needs.

How should hotel loyalty programs factor into people’s travel plans?

It’s best to use hotel rewards program rankings as a tiebreaker between two similarly priced lodging options. Start by comparison shopping to find the cheapest hotel reservations with the amenities you want. Then, if there are a few options in the same ballpark, you can take their loyalty programs into account. Of course, things are a bit different for frequent travelers who are in a position to commit to one of several hotel chains for the foreseeable future. In that case, the loyalty programs and the hotels’ credit cards should be focal points when making your selection.

Many people will be surprised to learn that Wyndham, Radisson and Best Western top WalletHub’s list of the best hotel rewards programs for 2020, assuming bigger names such as Hilton and Marriott would lead the way. But smaller players in the travel space often provide more incentives because they have to do so in order to compete with bigger names. And that underscores the value in shopping around. The best hotel rewards programs aren’t the same for everybody, though, which is why we created a calculator to help people customize our rankings based on their own annual budget.

How much do the best hotel rewards programs save their members?

Wyndham Rewards, which is the best hotel loyalty program for travelers of all spending levels for the fifth year in a row, offers up to $13.46 in rewards value per $100 spent. That’s the most among major hotel loyalty programs, but the big players provide at least a 10-percent return, based on our calculations.

What should hotel-goers watch out for with loyalty rewards programs?

One big thing to watch out for with hotel loyalty programs is rewards-point expiration. Best Western is the only major hotel chain whose rewards points do not expire due to account inactivity. So, at the very least, make sure to search a program’s terms and conditions for the word ‘expire’ to make sure you know what to prevent from happening. 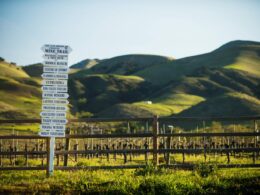 We have your guide to the ultimate Central California road trip up scenic Highway 1, complete with wine, castles and more.
bySuzanne Koch 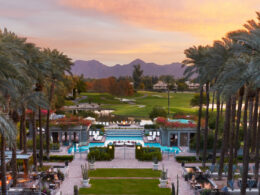 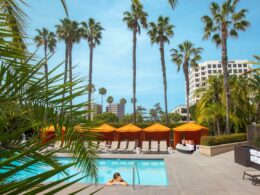 Head west to California where these hotels are offering up sunny savings and can't-beat deals.
bySuzanne Koch 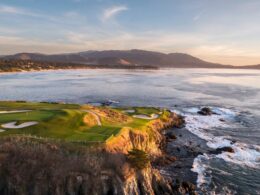