Take part in a community photoshoot benefiting the NOH8 Campaign this Saturday, March 30 at W Scottsdale. Participants will be snapped by celebrity photographer and NOH8 co-founder Adam Bouska with the chance of their image being featured in this year’s national campaign.

Model for human rights and be part of the NOH8 Campaign on Saturday, March 30 at W Scottsdale. From1 to 3 p.m., all are welcome to join NOH8 Co-Founders Adam Bouska and Jeff Parshley for a photoshoot complete with the NOH8 campaign’s signature white shirts, messages, and positive world-changing attitude.

The NOH8 Campaign is a national photographic silent protest created by celebrity photographer Adam Bouska and partner Jeff Parshley in direct response to the passage of Proposition 8, a California ballot initiative which limited human rights by stating “only marriage between a man and a woman is valid or recognized.” Photos feature subjects with duct tape over their mouths, symbolizing their voices being silenced by Prop 8 and similar legislation around the world, with “NOH8” painted on one cheek in protest.

Those interested in being part of the photoshoot are encouraged to arrive camera-ready in their white shirts prior to 1 p.m., but all who are present before 3 p.m. are welcome to participate. The process to be photographed is simple: check in and fill out a photo release, get your temporary NOH8 tattoo, and wait for your number to be called. Then, apply the campaign’s signature duct tape and strike your NOH8 pose.

NOH8 Co-Founder Adam Bouska will photograph between 5 to 10 frames per person, one of which will be selected and edited by a team of professional photographers to be part of the campaign. The image will also be available online as a memento for your fight for the cause.

Single digital photos will be available for $40, and couple or group photos are $25 per person. All funds raised by the campaign will be used in the effort to promote marriage and human equality, as well as raise awareness to the issues of bullying and discrimination.

To elevate your contribution to the NOH8 cause, sign up to volunteer at W Scottsdale for the photoshoot by emailing info@noh8campaign.com. 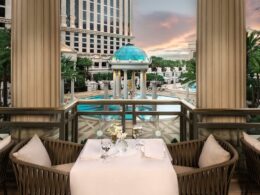 Top Resorts Host Vegas Uncork’d by Bon Appétit in May

The indulgent soiree will take guests and their tastebuds on a journey through top restaurants and experiences at Caesars Palace, The Cosmopolitan, The Cromwell, MGM Resort's The Park, The Venetian and The Palazzo.
bySuzanne Koch 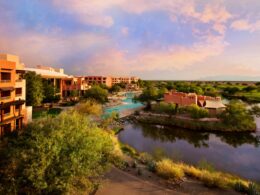 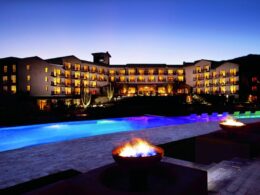 GPS Egg Hunts and More This Easter With The Ritz-Carlton

Easter egg hunting is getting an upgrade this year at The Ritz-Carlton, Dove Mountain. Long gone are the…
byLeslie Hughes 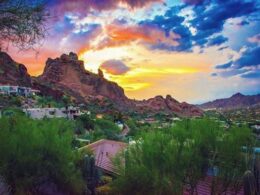 New Happenings In The Valley

With all that’s happening in the Valley, it’s nice to learn about some things you may not be…
byLeslie Hughes