City you live in: Gilbert

A typical day in my life includes…  shopping, cooking, and several calls, along with a few hours on the computer. Maybe some exercise either at the gym or shooting Basketball.

I was born… Andrews, South Carolina

My favorite thing about Arizona… is a tie between the people and the beautiful landscape.

My family… is my heart.

If I could have dinner with anyone, it would be… Elon Musk

One thing I cannot live without… oxygen lol

When I was younger, I wanted to be… a Fighter Pilot

I’m inspired by… good people who try to help others

The one person who motivates me is… My nephew Phil Pope

If I could change anything in the world, it would be… I would make people understand we are all in this together, for better or worse.

The perfect day would be… Chillin’ on the beach, no phone, just a rod and reel and a beverage.

My first job was… as a dishwasher.

My life… is in the fast lane and has a positive impact on my fellow man/woman.

My Pet Peeve(s)… I drive so much most are road-related lol, driving slow in the hammer lane, not using turn signals, and not being ready for a green light. lol

More About Chef Turner:
Chef Turner is originally from the coast of South Carolina. Early on, he was exposed to the great foods and bold flavors that make up Low Country Cuisine. At 15 years old, Turner debuted at his first kitchen as a dishwasher and prep cook. He soon became an integral team member and would only grow as a chef from there. After a few years managing corporate, Turner apprenticed on the coast while majoring in business before becoming a traveling chef in America’s national parks.

After two decades working from coast to coast as an executive chef, he fell in love with Scottsdale while there for some R&R and decided to move to Arizona. Turner then started his private chef business, which quickly took off. Since then, he has appeared on television numerous times, been featured in several publications and landed on the cover of magazines. The chef specializes in small, private affairs all across the Valley and Sedona. With a staff of 10 that includes a sous-chef and dietician, along with several service staff, Turner is ready to create his magic anywhere there’s a flame. When he’s not cooking, the chef is working on a few passion film projects and launching his new business. Chef Turner has been named the No. 1 private chef in Phoenix, a Yelp Business Allstar, and maintains a five-star rating across the board. He truly believes in customer service. 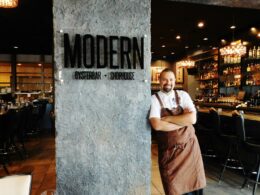 Meet Executive Chef at MODERN OYSTERBAR CHOPHOUSE in Scottsdale which opened this past February and focuses on incredible meats and fresh seafood.
byKarah Van Kammen
1 share
0
0
1 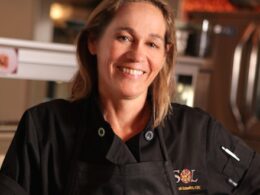 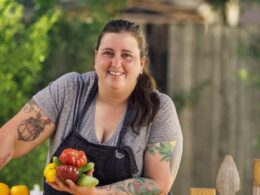 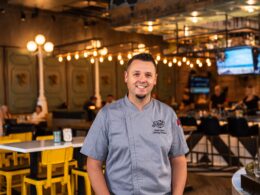