Okay, so I thought the food channel did a pretty good job of highlighting a variety of cooking methods for home cooks to try in their own kitchens. But I haven’t seen this technique anywhere—cooking by water submersion? A new kitchen appliance is making this trend easier for home cooks to follow.

The makers of the SousVide Supreme, recently announced that their home-use sous vide machine is now available at kitchen retailer Sur La Table. In addition, the company has teamed up with culinary innovator and restaurateur Richard Blais to further introduce this water-based cooking method to home chefs coast to coast.

Sous vide cooking is known for its ability to easily maximize a food’s flavor, nutrition and appearance. It involves vacuum-packing foods in air-tight pouches, then submerging the pouch in a low-temperature water bath (typically 120-190 degrees Fahrenheit) with a precisely maintained temperature throughout the cooking duration.

“The sous vide technique is one of the most dynamic, exciting cooking methods to break into the modern culinary scene in recent history,” enthused Blais, known for his innovative food featured on Top Chef and Iron Chef America. “It’s really a fail proof way to cook, so it’s exciting for home cooks to finally have access to this culinary style. I’ve been experimenting with the SousVide Supreme and simply cannot believe how easy it is to use and the wide range of dishes — everything from steaks and lamb chops to brownies and baby food — I’ve been able to cook.”

Adding more fuel to the rapidly growing in-home sous vide trend, EAT’s new retail partnership with Sur La Table will help introduce the cooking style to even more homes. Previously available only on the SousVide Supreme website, the Sur La Table partnership marks the product’s debut on retail shelves. Currently it is being sold online at www.surlatable.com for $449, and is expected to hit store shelves around the country in January 2010; Sur La Table will be the exclusive retailer through March 2010. To support the product, Sur La Table plans to host in-store “how to” sous vide demonstrations and sous vide cooking classes in their retail locations throughout 2010.

The full calendar of demonstrations and cooking classes at Sur La Table, as well as those hosted by Blais, will be available at www.sousvidesupreme.com in early 2010. Currently on the website visitors can find a selection of sous vide recipes, a sous vide technique 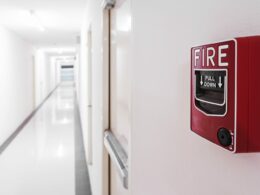 Fire alarms is a necessity that most people don’t think about…until you need it. And, with temperatures rising,…
byKelly Potts 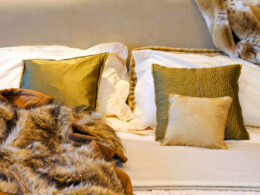 Sleep is important. Getting the best, coziest and most luxurious sleep starts with the bed itself. Here are…
bySamantha Stull 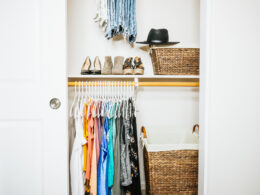 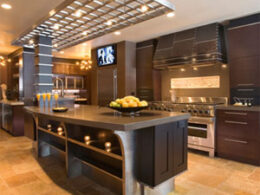 Local Designer to Broadcast to the Masses

It’s so great when exceptional interior designers share their expertise with the masses. It’s even better when local…
byNichole