Located at 246 Spring Street in the fashionable SoHo (South of Houston) district, the dramatic, 46-story, 391-room glass tower designed by Handel Architects neighbors numerous art galleries and chic boutiques. In addition to unrivaled views of the city’s spectacular skyline, the Hudson River, Statue of Liberty and Empire State Building, cutting-edge design by Rockwell Group, and spacious suites, Trump SoHo will offer such Trump Hotel Collection hallmarks as world-class dining at Quattro Gastronomia Italiana, The Spa at Trump with New York’s only luxury hammam, and the signature services of the Trump Attaché.

“The opening of Trump SoHo New York will mark a number of firsts not only for Trump Hotel Collection, but for Downtown New York as well,” explained Ivanka Trump, executive vice president of development and acquisitions, The Trump Organization. “Aside from bringing generously sized rooms and top-notch amenities to SoHo, Trump SoHo will be home to the first outpost of the renowned
Quattro restaurant in South Beach. We will have more two-bedroom penthouses and more two-bedroom suites than any other hotel in New York. We will have the largest meeting and event space of any hotel in SoHo, including our dazzling top-floor venue, SoHi. And you’ll find there’s nothing like The Spa at Trump anywhere in the city.”

Trump SoHo’s 391 guest accommodations will blend classically inspired interiors with contemporary New York design by Rockwell, while offering extraordinary views of Manhattan. There will be 132 deluxe one-bedroom suites, 245 deluxe guestrooms ranging from 422 to 905 square feet – many of which can be combined to create over 70 spacious two-bedroom suites – and three one-of-a-kind Spa Suites. The top floors will be crowned with 10 spectacular, two-bedroom penthouse suites – more than any other hotel in New York – ranging from 1,194 to 2,331 square feet. 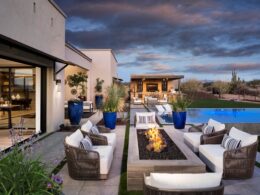 Toll Brothers at Verde River, a single-level gated neighborhood of luxury homes in Rio Verde, is celebrating its…
byMelissa Larsen 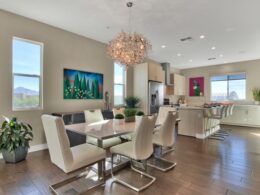 On the Market: SOHO Scottsdale Stunner 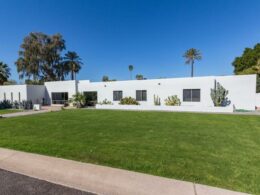 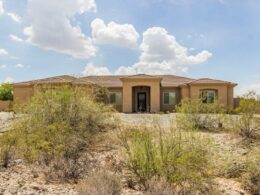