What are the Benefits of Living in Arizona?

The majestic Grand Canyon and the wide dry desert are only part of Arizona’s appeal. There, you’ll find a wide range of intriguing food, varied geography, and a dynamic work market. Arizona is a great place to visit if you want a change of scenery.

The advantages of moving to Arizona in 2021

The weather in Arizona is always warm

Arizona’s lack of a brutal winter is one of the state’s major assets. Arizona is the perfect location to live if you don’t have a tender spot in your heart for crisp mornings and cold breezes.

The climate varies from semi-arid to arid at lower elevations, with pockets of continental and alpine climate in the northern highlands. Summers are hot and dry in this mountain state, with temperatures reaching from 90 to 120 degrees Fahrenheit. In July, the maximum temperature averages 97 degrees Fahrenheit. Average daily highs reach 70°F even in the winter. Snowfall is uncommon in Arizona’s southern regions, with snowfall accumulating primarily in the state’s northern high mountains.

Arizona’s economy is continually looking ahead.

Unlike many other states, Arizona has always supported innovation. As a result, many new businesses have chosen to locate in Phoenix, Tucson, or another Arizona city. It was one of the first states to let Uber and Lyft to operate in its cities.

There are several golfing options in this area.

One of Arizona’s best attractions is its large number of golf courses. In Phoenix alone, there are about 200 different golfing options, ranging from modest neighborhood courses to world championship grounds. Arizona is home to two of the world’s top golf courses: Chiricahua in Scottsdale and Desert Forest Golf Club in Carefree.

In Arizona, driving is simple.

When you move to Arizona, one of the nicest things you will notice is how simple driving is. When you look at the map, whether in a metropolis like Phoenix or beyond, you’ll be amazed to find the intended grid. You can drive without using the GPS and still go where you want to go. Even the roads in this area provide a direct approach to your destination.

However, before going on a road trip, make sure you have enough petrol. Due to the arid nature of much of the state, you will be on the road for long periods of time before finding a location to refuel.

In Arizona, there is lots of sunshine.

Arizona offers seven seasons of pleasant weather. And for the next five months, instead of coping with chilly winters, you’ll be dealing with hot sun. There will be 320 days of sunshine and only a few days of rain in Arizona, which might be both a plus and a disadvantage.

The sunshine is pleasant because you may spend more time outside in Arizona than in any other state, experiencing the state’s magnificent landscapes and mountains. However, after a while, the intense sunlight might get monotonous.

Arizona is a multicultural state.

Native Americans make up around a quarter of the population and have a significant cultural effect in Arizona. Some of the languages spoken in Arizona are Apache and Navajo. The greatest approach to raise your child in a culturally varied atmosphere is to relocate to Arizona.

The fauna is very untamed here.

Arizona is famed for its endless expanses of territory teeming with uncountable and undiscovered animals. There are probably no other areas in the United States with such a diverse diversity of wildlife — peccary, bobcat, Mexican wolf, tarantula, great horned owl, rattlesnakes, and mule deer, to name a few.

Arizona has a strong sports culture.

The vibrant sports culture in Arizona is one of its greatest features. The Cardinals, Diamondbacks, and Suns, respectively, in football, baseball, and basketball, are among the professional sports teams in the area.

Is it a smart idea to reside in Arizona?

One of the greatest areas to start a new life is Arizona. When it comes to human issues like cost of living, employment possibilities, and health and education quality, most of the cities in the state are livable. Furthermore, the state has a well-developed transportation system. Arizona also provides a diverse range of outdoor and indoor entertainment options. Also, if you’re considering relocating to Arizona, don’t overlook the state’s incredible flora and fauna.

Is it safe to live in Arizona?

Arizona is breathtakingly gorgeous and retains the allure of the Old West. The state’s crime rate, on the other hand, is at the top of the list, and the state is working to fix it. On a daily basis, about half of the population is anxious about their safety. Despite a recent drop in criminal charges, Arizona continues to have a higher crime rate than the rest of the country.

The majority of crimes, on the other hand, are reported in large cities, sparing small towns and rural areas, where life goes on as usual in any other section of the country.

What are the benefits of living in Arizona?

The Arizona economy is thriving, which means there are plenty of work prospects. Despite this, the cost of living in this city is minimal. Arizona is a leader in both education and healthcare. Arizona, for example, is known for having some of the best dentist in Scottsdale.

The Grand Canyon State offers mild winters and plenty of sunshine all year. Furthermore, the state has a diverse flora and fauna.

Other reasons to make Arizona your home include: 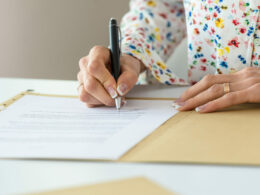 Estate Planning During a Global Pandemic

By Lisa Paine In times like these, many are turning their thoughts to the possibility of contracting COVID-19…
byMelissa Larsen 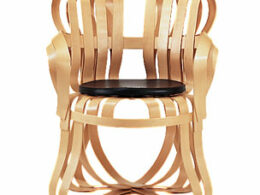 In past years, Tempe has undone a revitalization ridding its old and unattractive facades with new sleek architecture…
byHayley 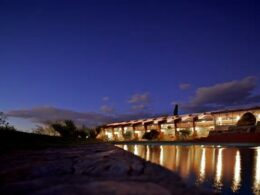 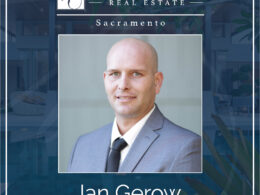 I remember being 9 years old and we were having career day at school. We had somewhere around…
byMelissa Larsen