The Phoenix real estate scene is changing every day. And the exponential growth of the city’s population is inspiring the development of more than a dozen new residential and luxury communities, intelligently spread across every suburb in the Valley.

One of those is Avance – a refreshingly modern, and unusually feasible, neighborhood settled at the base of South Mountain. The master-planned community, courtesy of Maracay, offers four new architectural styles of homes: Arizona Modern, Farmhouse Modern, Desert Modern and New Century Modern. Though each model resembles one another in amenities and space, the homes carry a distinctive ambience that makes them irresistibly attractive to nearly every buyer.

While the community features an array of striking views – whether it be the panoramic scenes of Downtown Phoenix to the north or the towering glimpses of South Mountain piercing the sky to the south – the most appealing part of the community actually rests in its interior design themes.

The property features six new model homes which have each been outfitted by Netflix’s “Queer Eye” star and acclaimed interior designer, Bobby Berk.

Berk’s eye for fresh design palettes and interior symmetry, as seen through his projects on the hit show, have garnered him a unique reputation and a loyal fan base. His talents and his ability to acutely design homes for such a diverse audience were especially present in each of Avance’s model homes.

“We really like to make sure that we have a look that can appeal to everyone, which is why every single house is very different,” says Berk. “Our whole goal is to really attract the millennial buyer. So we do that by designing homes that look like people actually live in them.”

Each interior has been designed so that the model homes carry a certain sense of comfort that allows the space to feel warm and welcoming, while still maintaining a level of minimalism that avoids taking anything away from the authentic desert backdrops.

“I think with desert modern style, it’s important to keep it a bit more minimal. In the desert, you have so much going on outside that your homes focus should really be on that, rather than making it too overwhelming in here. Especially in this community because you’ve got the mountain, the rocks and the trees, the views of the city – so it’s important to kind of make it a harmonious indoor, outdoor space,” says Berk.

Though Berk is a master designer, even he dismisses the idea of following certain design trends and fads when redesigning your dream home. Rather, he advises that people should decorate in whatever way makes them feel truly happy.

“Your home is a sanctuary, and it’s like your phone charger. Imagine when you go to work, it’s chaotic, it’s crazy and your battery gets drained. So, when you come home, you plug in your phone. But you should also have a place where you plug in yourself. And if your home is something that makes you happy and that you’re passionate about, that’s what really recharges you,” says Berk.

Outside of vibrant interiors, the community’s intent is to make adventure feel more accessible to its residents, and to uniquely incorporate the spirit of the desert into each home, no matter how different their themes might be.

Avance will also feature a state-of-the-art recreation center that has a 3,600-sq.-ft. beach-entry pool that is fitted for both leisure and athletic activities. Additionally, the community will have a spa, a fitness center with a weight room, cardio area and 24-hour virtual aerobic and strength training classes.

The community will also offer spaces with plenty of opportunity to get outside and enjoy the desert glory, with seven neighborhood parks that will be comprised of everything from outdoor fireplaces, walking paths, volleyball courts and convenient access to a few of South Mountain’s trails. 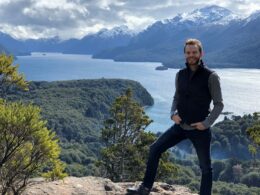 Let us introduce you to the Valley’s top design and build professionals. Today, let’s get to know Michael Moody,…
byMelissa Larsen 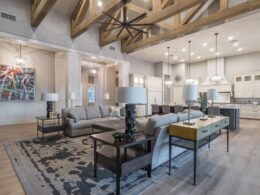 Get to Know: Forte Homes 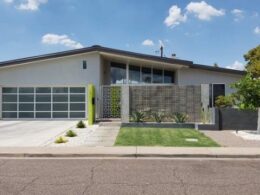 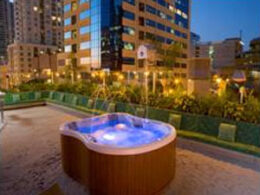 Not being a pool owner, this was a trend I wasn’t even familiar with. Apparently, the hard economy…
byNichole