The Thunderbirds – hosts of the Waste Management Phoenix Open – announced today fans of the tournament have the chance to virtually be seen at the iconic 16th hole during the 2021 playing of “The People’s Open” as part of the Faces on 16 Program for charity.

Fans are encouraged to make their donations at www.WMPhoenixOpen.com/faces-on-16 before January 15, 2021, to ensure their image will be ready for the 2021 event.

Although the WM Phoenix Open footprint will look significantly different this year, we wanted to give our fans – the greatest fans in golf – another opportunity to be a part of the 2021 event if they are unable to attend.

The 16th hole at the WM Phoenix Open is one of the most storied traditions in professional golf and it was important to The Thunderbirds to allow fans the chance to continue those traditions, albeit in a virtual manner, along with donating money to four great causes.

Fans can send in a headshot of themselves to be added to the donor banner on one of two placement options at the famed 16th hole. Primary visibility  consists of banner structure surrounding the tee box and green of the 16th hole.

Secondary visibility will be on the banner structure on the south side of the hole to the golfer’s right. Faces on 16 donor banner submissions will be authenticated by WM Phoenix Open officials and checked for suitability for the program.

All submitted images are subject to Faces on 16 Program rules, terms, and conditions.

The Thunderbirds – hosts of the Waste Management Phoenix Open – are moving forward with a scaled-down version of the 16th Hole in anticipation of hosting fans at the 2021 tournament, scheduled for February 1-7 at TPC Scottsdale.

Construction of the one-level, open-air venue that will surround the 16th hole began in late November as tournament officials continue to prepare for the 86th edition of “The People’s Open,” which is now less than 50 days away.

For more information or to participate in Faces on 16, visit www.WMPhoenixOpen.com/faces-on-16.

The 2021 WM Phoenix Open will be held at TPC Scottsdale from February 1-7. “The People’s Open” was named the Tournament of the Year by the PGA TOUR four times in the past six years (2014, 2015, 2018, 2019) to acknowledge the tournament’s legendary status as one the most unique events in golf.

The 2021 edition will mark the 86th playing of the event (one of the five oldest events on the PGA TOUR) and the 12th as the WM Phoenix Open. The Thunderbirds were founded in 1937 with the mission of promoting the Valley of the Sun through sports.

The Thunderbirds consist of 55 “active” members and more than 280 “life” members.  The Thunderbirds raised a record $14 million for charity from proceeds from the 2020 WM Phoenix Open and have eclipsed $161 million in charitable giving since its inception in 1932.

For more information on The Thunderbirds or the 2021 WM Phoenix Open, visit www.wmphoenixopen.com. 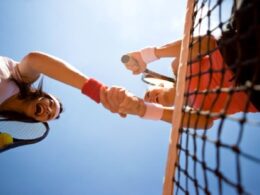 Taking a Swing at Tennis 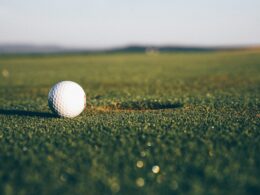 The Thunderbirds, hosts of the Waste Management Phoenix Open, announced today tickets are now on sale for the 2022 tournament, scheduled to be played Feb. 7-13 at TPC Scottsdale.
byTyler Hollis 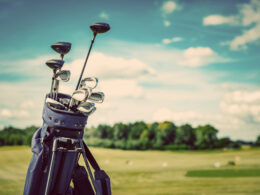 Golf Courses are Seeing a Major Shift in Demographics – Here’s Why!

Mike Poe, the General Manager of Quintero Golf Club, discusses how the pandemic has impacted the golf community and its demographics.
byTyler Hollis 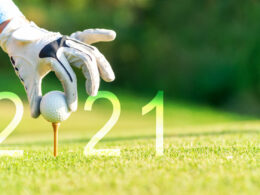