FDR’s Car Up for Auction at the Biltmore

Franklin Delano Roosevelt, a man who knew about world affairs, economics, the stewardship of privilege, and the plight of the working man, was also a man of style.  At least that is the conclusion one must reach upon viewing his 1938 Cadillac Presidential Convertible Parade Limousine.  After a long day of working to bring America out of the depression and beat the Axis forces, a man needs a nice ride in which he feels at home.

Nicknamed the Queen Mary, this car was one of only two vehicles made specially for the use of the oval office during FDR’s administration.  The vehicle was built to last, and was subsequently used by Harry S. Truman and later Dwight D. Eisenhower.  Knowing the raucous and unpredictable temperaments of all three aforementioned Presidents, I am sure that the Queen Mary Cadillac saw its fair share of the Washington DC nightlife.

Over the course of their use by the government, they were returned to Cadillac from time to time to be updated and rebuilt as necessary. In 1946, following the end of WWII, the V-16 engines were replaced with L-head V-8s, which in turn were replaced by 331-cubic inch OHV V-8s in 1952. The Queen Mary still retains its OHV V-8 that was installed in the early 1950s.  Other than that, the vehicle is an original mint condition, unrestored national treasure.

RM Auctions, held annually at the Arizona Biltmore Resort and Spa, will be offering the Queen Mary to the highest bidder.  The auction starts on the 19th of January, and while the vehicle’s value is estimated at anywhere between $300k to $400k, it can very easily fetch a much higher price when it hits the auction block. 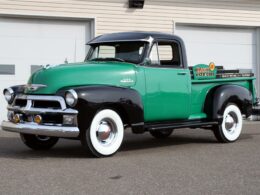 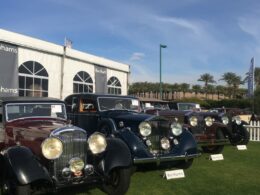 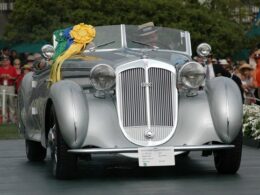 World’s Premier Collector Car Up for Auction in Monterey