Most people think fashion styling is an easy gig, because after all we dress ourselves every day and how hard could it be really to dress someone else, right? Well it’s never as easy as it looks especially when you have clients that are really stuck on a terrible ensemble. Luckily I am able to persuade even the most skeptical of fashion mavens over to my side of the fence.

Recently I was on a video shoot where the subject was leaning towards a very heavy and layered look that didn’t exactly show off her assets if you know what I mean, but by the time hair and makeup were done it was unanimous that she needed to show herself off with a little swingy Prada dress reminiscent of Twiggy herself.

In fact when in doubt I say go with timeless and iconic pieces… they never seem to let you down. Designers must agree because this fall season one of my favorite silhouettes is back with a bang-The Mod Dress. 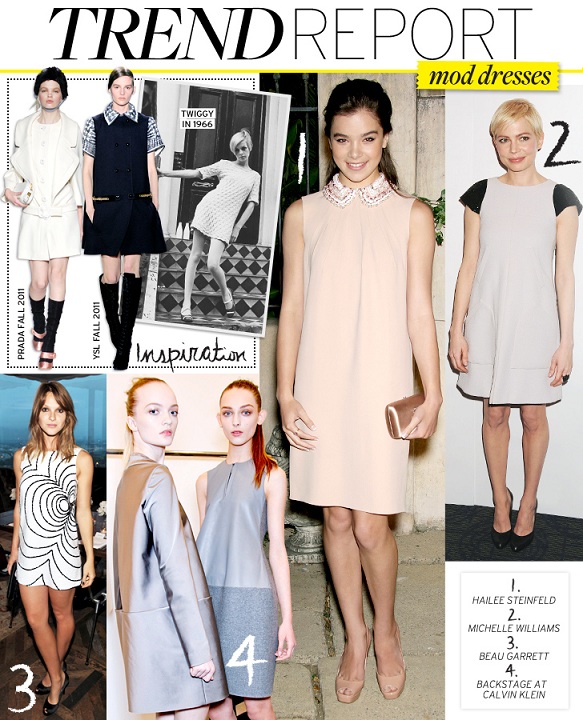 If you aren’t familiar, the entire Mod movement was birthed in London during the swinging 60’s and the poster girl, the aforementioned Twiggy rocked the fashion world with her sharply shorn pixie locks, massive lashes and slender frame all perfectly topped off with an A-line, mini dress and flats. This of course set the precedent for what would become the most prominent look for half of the decade.

Today’s version of the dress appeared just about everywhere in the Fall/winter collections from Prada to Yves Saint Laurent, Calvin Klein and more in styles that ran the gamut from plain and simple to embellished and printed. And though the original Twiggy version never went as low as the knee, the new version gives you the flexibility to go from mid- thigh to knee length. 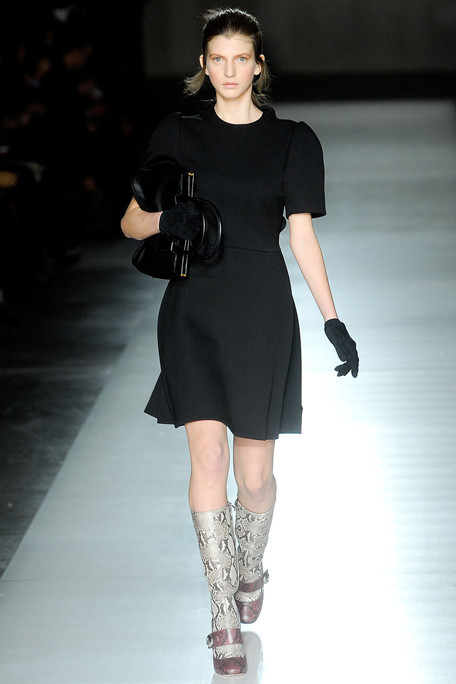 Pair your mod dress with some of the other runway trappings that nod to the era such as A-line coats, fitted cropped jackets, tall knee boots and ladylike heels. And despite seeing lots of knee socks and Mary Janes on the runway and in print campaigns, proceed with caution toward this trend as you don’t want anyone accusing you of stealing your child’s school uniform. 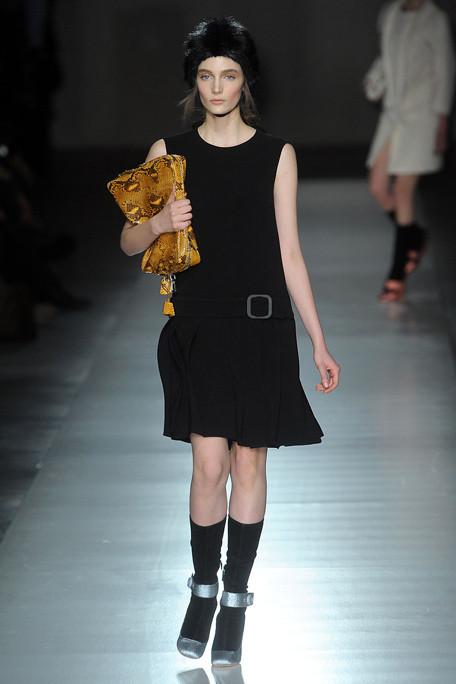 As spied on Who What Wear (top photo) I adored the Miu Miu beaded collar dress that Hailee Steinfeld wore. It was an amazing combination of sleek, sweet and feminine, while Michelle Williams cap sleeve Chanel dress was so classic I could see it being one of those dresses that hold its relevance for decades to come.