It was both a good and bad year for Miley Cyrus, at least as far as her fashion choices are concerned. Time Magazine unveiled its top 10 Best Dressed celebrities of 2013, where Miley was the only celeb to make both the best and worst dressed lists.

“The glittery green dress with a daringly low back is just the right mix of youthfulness and sparkle for the pop star. No furry animals, no crazy hemlines, no tongue wagging; here, Miley is dazzling and, dare we say, elegant,” Time said. 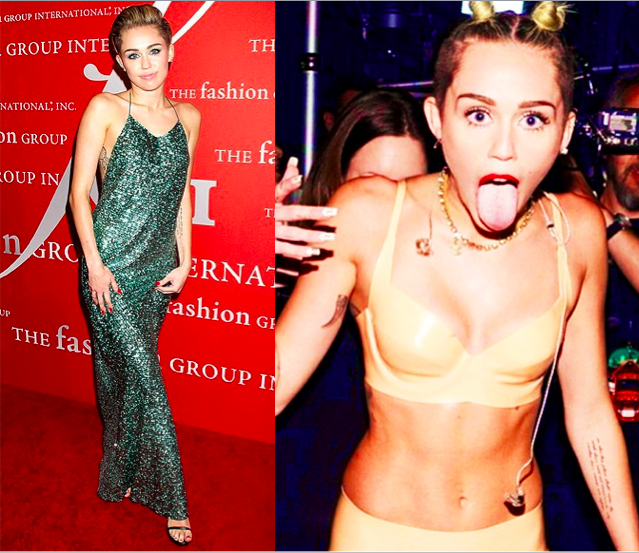 Miley Cyrus made both of Time Magazine’s best dressed (L) and worst dressed (R) lists for 2013. 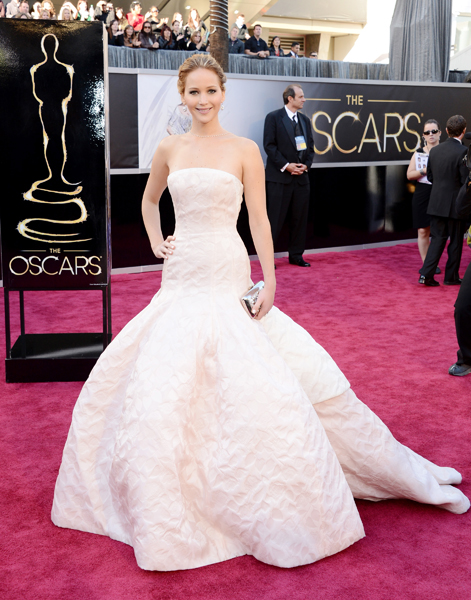 However, Miley also made a lot of questionable fashion choices this year, making her a first place candidate for Time’s worst dressed list for the racy nude latex bikini she donned for her performance with Robin Thicke at the MTV VMAs.

“…this two-piece serves no other stylistic purpose apart from showing a lot of skin,” Time said.

Other celebs who made the worst dressed list were Kim Kardashian in a floral Givenchy dress she wore to the Met Ball, Justin Bieber in a gas mask and Ke$ha’s side-slit Givenchy number at this year’s Billboard Music Awards.

Check out the full lists here.