As we said yesterday, majority of the looks that walked the SAG Awards red carpet were fairly safe, which left little room for those absolute eye soars (not that there weren’t any… believe me I found a few). Instead we got looks that just weren’t working, whether it was because the fit was wrong, the accessories made no sense, or the look was so safe it was boring.

Jennifer Carpenter is a prime example of the idea that nothing is inherently wrong with the look. The red, beaded Emilio Pucci dress is charming, but paired with a neutral clutch, shoes, and with her hair down covering the top of the dress it feels too casual. Nothing memorable.

I really love Maria Menounos, she is cute, bubbly, and gorgeous, but this Dolce & Gabbana gown was a smidge too tight. There is no way the poor girl could sit in that dress, or eat, or drink, or anything else, but stand there and smile!

Gretchen Mol should have consulted with Shailene Woodley when picking out this L’ Wren Scott gown.

Renee Bargh did a good job at keeping her outfit coherent, no one can argue that the hair and gold bracelet didn’t complement the dress. The problem is, however, that the look is very mermaid/greek goddess and the weird line that comes down the middle of the dress starting at the waste is so distracting…

Busy Phillips’ Simone by Katie Nehra may have worked on someone like Mary-Kate Olsen or Vanessa Hudgens, but unfortunately on her it looks as though she is desperately trying to hang on to her youth OR she doesn’t care. Either way the front, bang braid is not working either.

I’m not sure if my mind cannot separate reality from what I see on the Silver Screen, but after The Devil Wears Prada I always expect to see Meryl Streep in something that Miranda would wear. Not that I ever actually get that, but it usually doesn’t look like a shawl held together with a belt. Forgive me Meryl… you will always be amazing.

Okay, so again I have saved the best for last or something like that—Lea Michele. I’m not exactly sure what is going on with this young lady, but between her “sexy” posing at the Golden Globes (she is now an honorary member of my Golden Globes Worst Dressed list) and her revealing poses at the SAG Awards ( I was afraid that if she lifted that dress any higher I would have to cover my eyes!) I get the feeling that she is trying too hard. 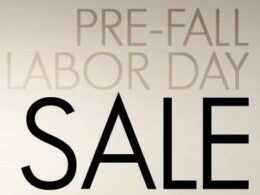 This is it ladies, get those white pants in before Tuesday! The unofficial end of summer is just…
bydiane 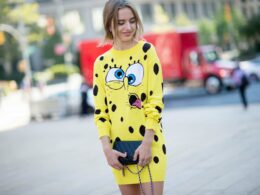 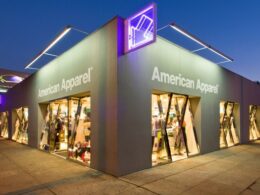 Is American Apparel in trouble? 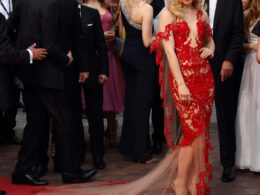 Yes, it is that glorious time of year when I can live vicariously through the stars at the…
bydiane