Every fashion pub that graces my desk these days seems to be bringing up the odd couple collaboration between Donatella Versace and Christopher Kane, but right now I am still super smitten with the current crop of Milan week shows, so instead of chatting about the unlikely, quirky, “he finishes my sentences” banter about Don and Chris I just want to get to the more pressing issues…. Of hemlines, yes I said hemlines….

Donatella seems to be one of the few to harken back to the good ol’ 90’s in her collection, that is the 90’s that were ripped off from the 80’s. As always there were skin tight pieces but this season below the knee made an appearance along with cropped jackets, clear PVC, high waists and A-line, but somehow it all said Versace the way that we hope it would.

Some pieces were so delicious in a pour- me- into- this- dress sort of way that they could easily be categorized as fashion for a sophisticated femme fatale. Donatella knows what sexy is and she isn’t afraid to flaunt it!

Giorgio Armani left me in a word….blue. His Spring collection was a sea of indigo. I always love what Armani does, and with all due respect coming from a girl who wears mostly black I found the blue lighting and the blue palette a bit melancholy… but none the less the collection had some very gorgeous and satisfying moments. The rich textures and linear silhouettes were pure perfection most of the time. With a combination of silk charmeuse, beading, leather and wool suiting Mr Armani proves that he is always the king of sophistication whether the garments were tiered, swirled or straight and narrow. I have a feeling that we will be seeing several of these looks on the red carpet come 2011.

Though they are not a household name (Bravo TV Launch My Line fans excluded) Dean and Dan Caten turned out what I thought was a charming collection of pieces that were as wearable as the day is long, well maybe not the swimsuits, unless of course you are a body double for Giselle, but other than that I found this parade of pieces worth mentioning. The Dsquared girl was styled much like the female Clark Kent is to Superman, only this nerdy girl turns into a supermodel when she’s off duty. The slouchy menswear inspired pieces looked cozy and comfy while the gown were effortless and easy breezy. 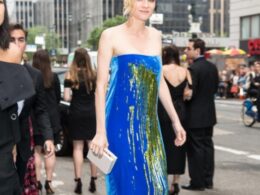 Best-Dressed at the 2017 CFDA Awards 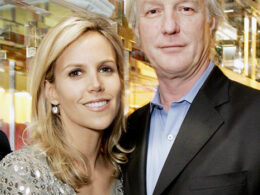 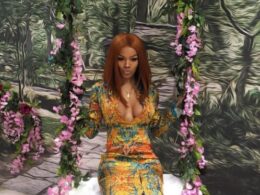 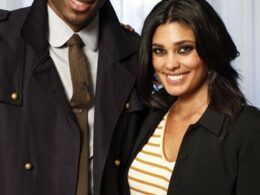