When I was little, I was obsessed with playing with paper dolls. As an adult, I guess you could say I’m still equally obsessed, except the paper dolls have now become live human beings in the form of myself, my friends and pretty much anyone I can get my hands on. I love picking out the clothes and experimenting with different “looks.” I love combining unexpected things to get something super fabulous. I love tearing the fashion pages out of magazines for more pretty things to lust after and inspiration for future looks. But when all that’s said and done and for whatever reason, not available at the time, I can now entertain myself on this lovely site I stumbled upon, Looklet.com.

This genius site (still in its Beta form) is somewhat similar to another site I have a love affair with, Polyvore.com. Looklet lets you cull its inventory of shoes, accessories, dresses and outfits galore and dress up your own models. You can layer shirts and vests on top of dresses on top of coats or whatever you like. It’s really quite fabulous for the fashion obsessed and easily addicting.

You can pick from several different models (hopefully there are more to come as there are just six for now) and even set them in different backgrounds too. Want to play graphic designer? You can adjust the photo to be in black and white or have harsh or softening effects.

The result? A shot that looks like it was torn right out of a magazine and styled by you! You can browse the creations of other members on the site and there are often contests run too. The latest contest involvs the chance to win a pair of this season’s infamous YSL caged sandals. You can enter by creating as many looks as you like that feature the sandals and the Looklet Editors will pick a few finalists. The finalist’s looks are voted upon by site members and the one with the most hearts wins.

Needless to say, I’m officially super obsessed with Looklet.com. Credits for each item of clothing are listed in the right hand corner just like in a regular magazine fashion spread. Since it’s still in its Beta form, there’s limited inventory unlike Polyvore which has mass amounts to choose from. But, I’m sure down the line as it increases in popularity more retailers are going to jump to get involved. Here’s a few looks I created while playing on the site. And for more, sign up and check out the looks on my page! 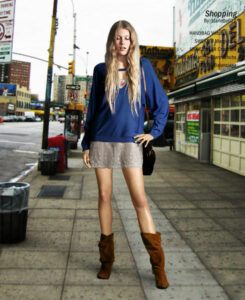 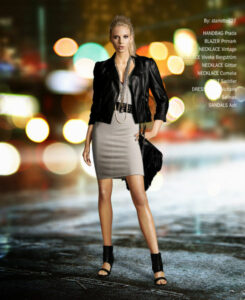 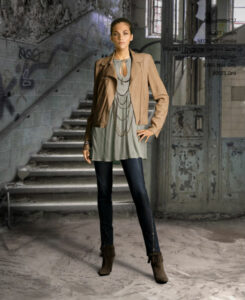 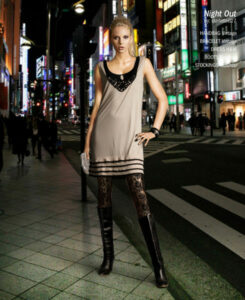