There have been many fashion films to speak of over the last few years from “The September Issue” to “Valentino The Last Emperor” and dozens more in between but the latest biography which opened this past weekend in Los Angeles called “L’Amour Fou,” centers around Yves Saint Laurent and lifelong partner, businessman Pierre Bergé, as he comes to terms with the death of the designer.

The 2009 auction of their extravagant art collection sets the framework for the story and brings up issues of love and loss, as they relate to material possessions. 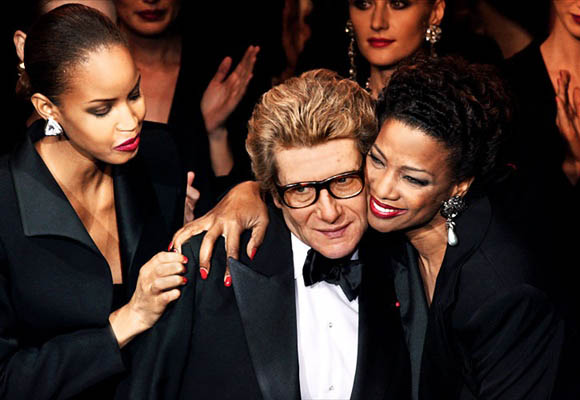 The film opens with Saint Laurent giving his televised retirement speech in 2002, during which he says he is proud to have created the modern women’s wardrobe. For him, fashion exists not only to make women beautiful but “to reassure them so they can assert themselves.”

Back then designers it seems had a loftier purpose in mind when creating wearable, practical and modern pieces. For Laurent designing safari jackets, trench coats, peasant blouses and “Le Smoking” “played a part in the transformation of his time.” 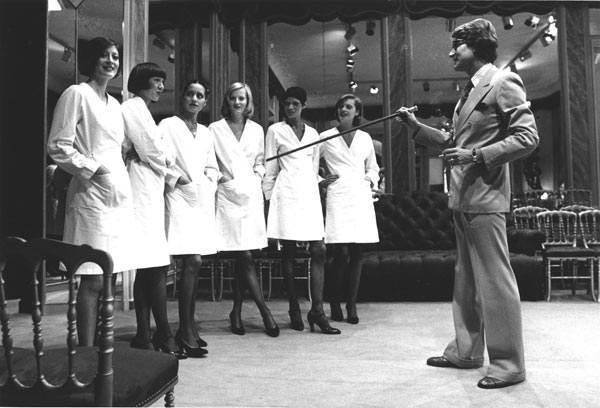 Laurent and Berge’ lived the 1960s and ’70s, to the fullest, with three lavish homes — in Paris, Marrakech and Normandy — and an art collection that fetched $483.8 million on the auction block which went to support the Fondation Yves Saint Laurent charity.

In the film, Bergé speaks poignantly about attending to and arranging the collection’s “funeral” and hoping the rare and precious pieces will “fly off like birds and find a new place they can perch.” He adds, “But losing someone with whom you have lived for 50 years, whose eyes you closed … that is another thing entirely.”

The LA Times reports that the film is full of riveting historical footage of runway shows, the Palace nightclub, the Opium perfume launch and ballerina Zizi Jeanmaire dancing in a spectacular pink flower costume created by Saint Laurent. There are personal photographs from Saint Laurent’s archives, too, of his model muses Loulou de la Falaise and Betty Catroux and his friends Maria Callas and Andy Warhol. 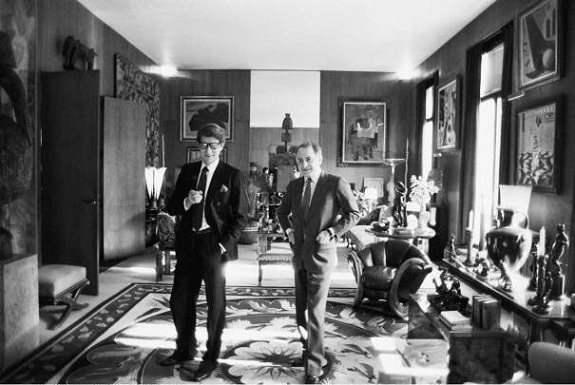 Bergé surmises that had he died first, Saint Laurent never would have organized the auction. “He would not have been able to live without this painting or that statue,” Bergé says. “It would have been like a black hole, he would have had vertigo.”

At last, the day of the auction arrives, and Bergé solemnly takes his seat. He watches the spoils of his love being picked apart. The Goya painting, the dragon chair, the Brancusi sculpture “Portrait of Madame L.R.” that goes for $26 million. It makes you think about the sum total of someone’s life, and question the reasoning behind accumulating so much stuff, whether it be art — or fashion.

For his part, Bergé doesn’t seem to mourn the loss of the pieces so much as the memory of the person who shared them.

“L’Amour Fou,” in French with English subtitles, opens Friday at the Laemmle Royal Theatre in West L.A. and the Laemmle Playhouse 7 in Pasadena.