The “Twilight” actress, who can often be seen sitting FROW at Chanel’s fashion shows and has fronted multiple campaigns for the French brand, is slated to play Coco Chanel herself in an upcoming biopic. Directed by none other than Karl Lagerfeld, the short film will debut during Chanel’s annual Métiers d’Arts show on Dec. 1 in Rome. 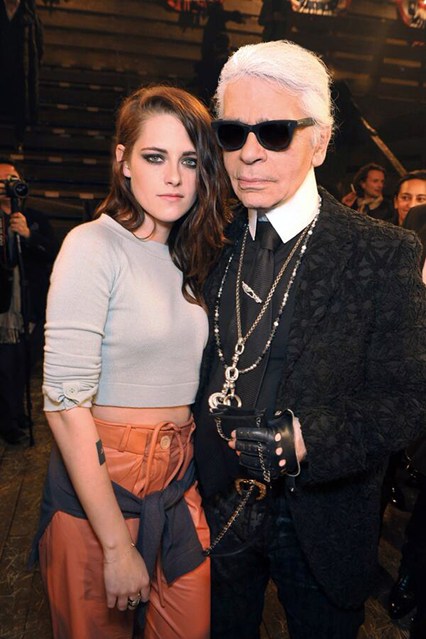 The fictional storyline is based on a behind-the-scenes peak into the early life of a young Gabrielle Chanel. The film also features actress Geraldine Chaplan, who has previously played Chanel in some of Lagerfeld’s other films, as well as Harper’s Bazaar editor Laura Brown who portrays an American journalist.

In regards to Stewart’s acting prowess, Lagerfeld minced no words:

“She played it really, really mean,” Lagerfeld told WWD. “You only see her in tests and she’s complaining about everything. She’s mean with the director; mean with the producer.”