So we already know how it sends me into a slight frenzy when I see a grievous photo shop situation…. There was the gorgeous Ralph Lauren model who was photo shopped to look anorexic, there was the Demi Moore hip replacement disaster but this one reminds me of the famous Oprah head on Ann Margaret’s body on the cover of TV guide back in 1989. I’m not sure which is more shocking? The unknowing Winfrey whose head was spliced onto the body of an Ann Margaret publicity photo from 1979 or the image in question for today? What is it you ask? 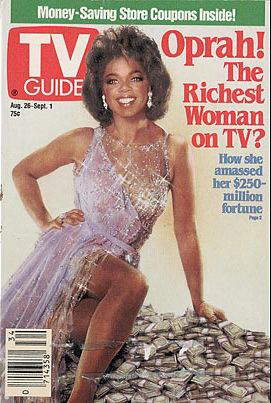 Well, Miss Kimora Lee Simmons debut ad for the launch of her fifth fragrance called Dare Me. Seems like the name has a double meaning here…. Really you dare me? The photo of Kimora is beautiful albeit a mix-n-match touch up extraordinaire. 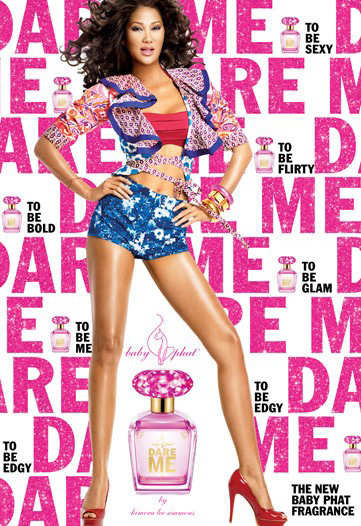 The ad features a very slender and willowy Kimora in shorts and a cropped jacket looking every bit as amazing as she did when she stormed the Paris fashion scene as a tender teen. Incredible considering this woman had a baby with her hunky man Djimon not long ago. And if you have ever caught the diva darling on her famous reality show Fabulosity it’s apparent that Kimora has a gorgeous figure and she has been working hard to get back to her fighting weight pre-baby. I would probably describe her as curvaceous rather than svelt but that doesn’t mean she isn’t fit to flaunt as is.

In any case, this little ad had bloggers worldwide scratching their heads in dismay. And thanks to the savvy Jessica Coen at Jezebel the mystery was solved. Take a peek at this photo of Daria Werbowy from a 2005 French Vogue cover. It appears that the legs and torso are Werbowy’s as for the arms, perhaps it really is Kimora’s upper torso with a little magic wand of slimming going on. No doubt it’s a gorgeous ad but it begs the question what were they thinking? With all the blogging watchdogs around and the fact that technology goes both ways… didn’t anyone in KLS camp think this wasn’t going to surface? 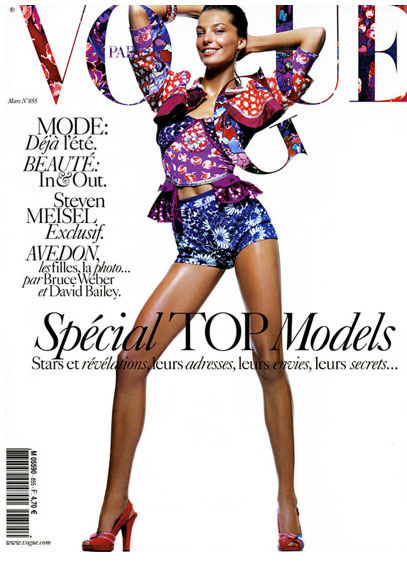 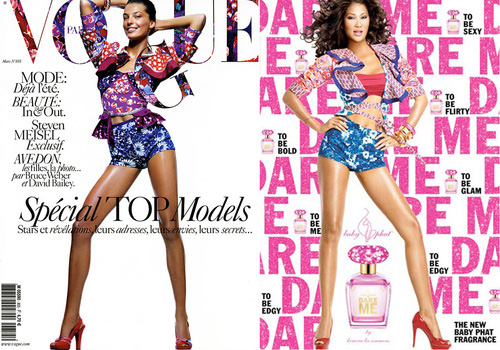 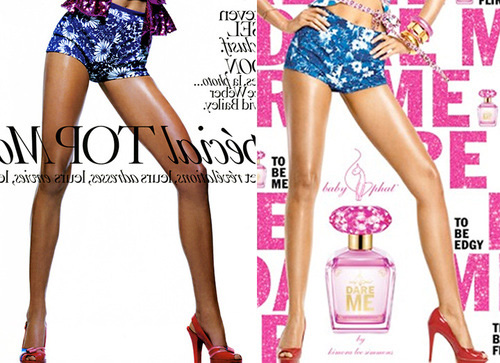 I expect that Ms Simmons is a pretty savvy business woman and based on what I’ve seen of her, she seems to have her finger on the pulse of what’s happening in her company…so was she too caught up in Mommyhood to notice what her virtual team was doing?

I say you don’t need to borrow someone else’s body Kimora… you are fabulous the way you are!