Ever since her turn at being the kooky half of the first truly popular celeb reality tv couple with her Ex Nick Lachey, Jessica Simpson has been turning her celebrity into spun gold. Her clothing, shoe, handbag, fragrance, luggage and hair care lines have been raking in the dough like crazy, leaving JS with a net worth of over one billion bucks since her first products were launched in 2007. And believe it or not when Jessica is on the cover of a magazine it out sells even the likes of Jennifer Aniston or Lady Gaga. A hard feat to manage these days.

Somehow this All- American girl has the Midas touch. It must be that combination of relatability and aspiration that blends magically to create the perfect gal next door (if there are multi-million dollar mansions next door that is) And now, the currently pregnant Ms Simpson isn’t even close to resting on her laurels at a time when she could be soaking up some much needed me time. Jessica is joining forces with her sister Ashlee to launch a tween fashion line. Prompted by their Mom Tina, (who thought it would be a great idea for the two to collaborate) the sisters have gone full force into creative mode.

Jessica told People Magazine that she was “excited to blend Ashlee’s cool Rock and Roll Bohemian style with her own All- American classic style”.

And though this was the first time that the sisters have worked together, it proved to be a positive combination. “We loved being in the approval meetings together, we loved inspiration shopping together,” she shared. “It’s been fun. I feel like all these little girls are wearing stuff that Ashlee and I would both wear.”

The duo celebrated the launch at Dylan’s Candy Bar on Thursday along with Jessica’s fiancé Eric Johnson and Ashlee’s son Bronx. During the fete while they munched on cookies and milk they designed special t-shirts that will be sold online to benefit the charity founded by Jessica Seinfeld called Baby Buggy. In addition a t-shirt contest will take place online with a winner being chosen collectively by the Simpsons and Seinfeld . The winning shirt will also be part of the Jessica Simpson back to school collection.

The Simpson sisters are also planning to launch a baby and maternity line during the 2012- 2013 season. Rumor has it that if all goes well there may even be a clothing line for boys down the road. 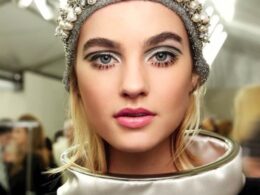 Chanel Launches a Spacecraft at Its Fall 2017 Show

Every season, Chanel’s show theme delights and surprises. Somehow, Karl Lagerfeld knows how to one up his last…
byChristina Silvestri 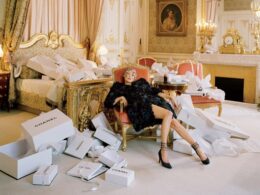 Don’t feel bummed if you missed the Memorial Day weekend sales. Deals and discounts didn’t stop with the…
byChristina Silvestri 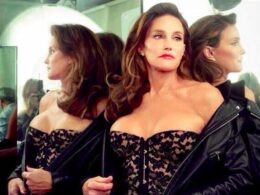 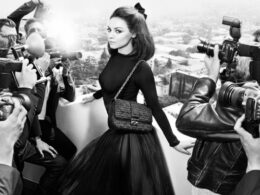