What would Carine do? It was one of the most asked questions earlier this year after the news that French Vogue Editor Carine Roitfeld would be exiting her position at the magazine after ten years. There was much speculation as to what she would be doing but now we know.

Barneys New York has brought on the style icon, and former editor as a guest editor and stylist for fall. Roitfeld will be collaborating with Mario Sorrenti and Barneys new creative director Denis Freedman. Roitfeld will be styling the catalgue, ad campaigns and mailers but her stylist’s touch will also be seen by passersby on the stores’ uber famous Madison Avenue windows as well.

Rotifeld told WWD “It’s a new kind of project for me. It’s good to have a new life, because now I can do projects that I never dreamed of before.” . “For me, Barneys has always been the biggest name in luxury department stores, so to be able to participate in this project with them, and be visible during the next fashion week in New York, is my dream come true,” she said. “To a French girl, it’s a big, big dream.”

Roitfeld is also working on a book with Rizzoli about her work at Vogue and her work as a stylist which will mean that between the two projects she will be spending a considerable amount of time in the big apple this season.

The real catalyst for the new Carine projects is Dennis Freedman, who after hearing from Carine months ago that she might be leaving French Vogue took the idea of a collaboration to Barneys CEO Mark Lee. Freedman told WWD “In building this collaborative team, I thought Mario was going to play a very important part as the photographer and filmmaker, and I knew he had a very close personal as well as professional relationship with Carine, which was very important for this project.”__Freedman explained that the campaign will not just be styled and edited by Roitfeld but will reflect “the woman that she is and her personal style, which we feel is the perfect reflection of our customer. She is the ideal muse as well as editor. She has a unique and extraordinary personal style. She appeals to all ages. She is independent and strong, and yet she is completely feminine. She is a woman of the world, which we like to think our customer is, as well.”.

As told by WWD: Roitfeld will pick and style the looks that go into the catalogue and mailers. __In addition to the Barneys’ advertising visuals, Sorrenti, who worked with Roitfeld extensively at French Vogue, will create a short film, allowing the retailer’s customers a more personal view of her, from her views on fashion and style to her world at large. __“I am hoping to capture something very personal, a portrait of her in a way,” Sorrenti said. “When Carine and I are together, it’s fun, and she is really cool and really herself, and it’s that intimacy that I want to capture. She has a great sense of humor, and she is very provocative and very free in the way that she doesn’t plan about who she is and what she is going to say. She is very natural, which is great.”__Sorrenti’s campaign and film will be shot in New York and Paris. It remains unclear whether Roitfeld herself will make an appearance in the advertising campaign.__Roitfeld said that she was drawn to the idea of crossing over from the editorial side — where boundaries can more easily be pushed — to retail, which is directly concerned with commerce. “To be on the other side with the retailers and buyers is new for me, and I always like new opportunities in my life,” she said.__“When I was doing my styling, most of the time I was thinking about a real woman who was going to wear the clothes,” she said, when asked how different her retail approach will be. “Sometimes I was thinking about myself, sometimes about a woman who really inspired me, but it was always about the woman. Working with Barneys, and choosing the looks, I was thinking about whether a real woman would buy this outfit and feel beautiful and comfortable.”_ 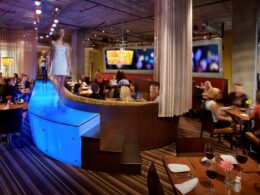 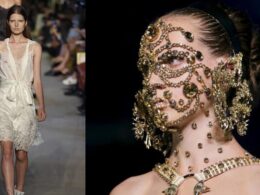 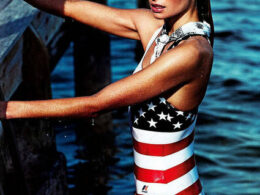 Fourth of July Sales to Shop All Weekend Long 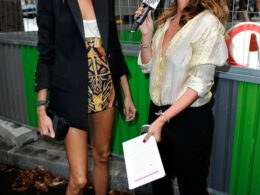 It seems there has been plenty to talk about in fashion news lately, from editors swapping at a…
bydiane