This week’s Fashion News post is quite startling. I mean, it isn’t often that you associate fashion with hard time. Nor do we think that successful designers take pay cuts, especially when their company is making billions.

In case you haven’t heard, designers Domenico Dolce and Stefano Gabbana (yes, of Dolce & Gabbana) have been sentenced to prison for tax evasion. The designers face up to 20 months in prison on top of a 400 million euro fine. However, the sentence is suspended pending an appeal according to euronews.com.

If your company were worth $12.38 billion, would you expect to take a 46.6 percent pay cut? Yeah, us either! Unfortunately, that is the case for Michael Kors, the company’s honorary chairman, chief creative officer and director who makes $7.6 million. According to WWD, Kors took a $6 million pay cut this year from the $13.6 million he made last year. Now, we know millions are millions are millions, right? But we do love Mr. Kors and his designs and think he deserves it!

Karl Lagerfeld, iconic, certainly, but sometimes we just don’t know about that guy. His most recent Lagerfeld move, a Lagerfeld video game. Je Veux les lunettes do Karl is a computer game in which players try to knock off his sunglasses in hopes of winning a Karl figurine or a pair of his sunglasses. Not a bad prize in the least, but unfortunately for all of us in the U.S. we’ll just be playing for fun—only those in France can win the prize. 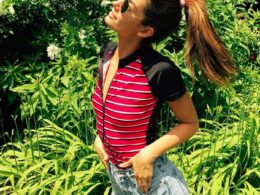 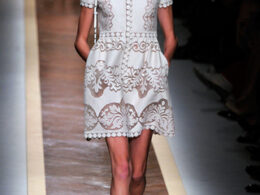 Fashion Week is all about the clothes and not just the ones on the runway. The most important…
bydiane 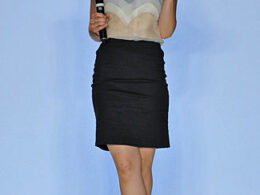 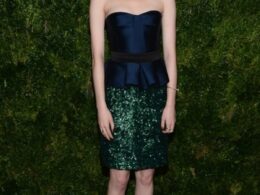 I hate to say it, but this year I just wasn’t feeling the usual excitement on the red…
bydiane