I’m not sure if it is the fact that everyone’s soy vanilla lattes and sugar-free Redbulls have worn off or if maybe a month of fashion shows has proved to be too much for some, but fashion news this weeks looks more like the celebrity gossip section. As much as I would love to continue my Fashion Week coverage, and I will, I must keep our lovely readers in the know.

Let’s start with Heidi Slimane’s open letter to New York Times fashion writer Cathy Horyn after her less than favorable review of his first Saint Laurent collection. This is of course not the first letter of this kind, just a few weeks back Oscar deal Renta published one to Ms. Horyn in the print edition of WWD. Anyway back to Slimane’s letter via Twitter… Enjoy:

Lady Gaga shocks us, but in an entirely different way than expected. Taking style tips from 1994 Elizabeth Hurley…or perhaps that’s a bit of an understatement. Gaga chose to wear the exact same black safety pin gown to the Versace dinner which was held in her honor.

Imitation is the highest form of flattery and who wouldn’t want to look like Elizabeth Hurley? But more importantly, we want to know who you think does it better? Via fashionista.com

New York Magazine’s The Cut blog points out that Celine’s “feet” shoes only come in one shade of “nude.” Do you think this was a major misstep (seriously no pun intended) by designers?

And then Asian Male Model Sung Jin Park (totally deserving of the SJP moniker) lets us know that Fashion Week is just like Kindergarten. S.J.P.: At the boys’ shows, there are pranks [backstage]. We hit each other and tease about girls. At the unisex shows, the girls just talk to girls, and the boys talk to boys. It’s separated. I never see any flirting, but [the guys] definitely want to try. Via wwd.com

Sometimes working with your spouse isn’t always the best idea, because then when they are your ex-spouse things get a whole lot worse. Chris Burch, ex-husband of fashion favorite Tory Bruch is filing a lawsuit against Tory and her company, and he isn’t holding back. Mr. Burch attacks Ms. Burch’s business savvy in court documents, ‘Ms. Burch, while talented, [did] not have the core business experience necessary to assemble a team of top executives.” Via wwd.com

Though we are not sure exactly what significance her past experience has, seeing as that is definitely not the case now. 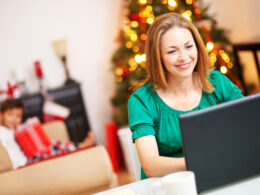 If you’re like me black Friday doesn’t seem to lure me the way it does others. I would…
bydiane 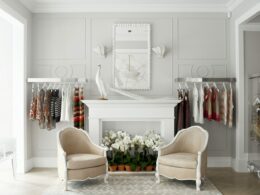 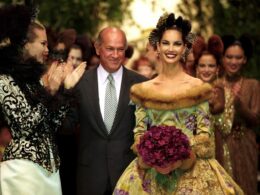 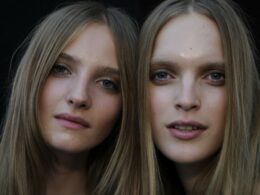 Just forty-eight hours ago my phone was exploding with tweets about the Burberry show in London. Aside from…
bydiane