Continuing on from yesterdays post, the sad but true news that has all of us wrapped- up -in- fashion types in a bit of a slump more on Carine Roitfeld’s upcoming departure from French Vogue.

In an interview with WWD, Roitfeld shared her sadness at leaving behind her team, but suggested her days at Condé Nast days may not be over – Joelle Diderich with contributions from Samantha Conti , Jennifer Weil

WWD: Why have you decided to leave French Vogue?
Carine Roitfeld: In two months, it will be 10 years since I joined Vogue. When we published our 90th anniversary issue in October, it felt almost like a double anniversary for me. I knew I wasn’t really going to stay much longer. I think it’s good to get out while you’re ahead, and I think right now, Vogue is outstanding. I’m very proud of it. I have an exceptional team.

I have always been a freelancer, so when I was hired 10 years ago, I found it very difficult to have an office, an assistant, a schedule, fixed vacations. But at the same time, it was such a huge job that I said yes. It’s been an incredible adventure, but maybe in my heart and soul, I am more of a freelancer. I’m surprised I even stuck it out this long, but what made me stay is having a boss like Jonathan [Newhouse], who is an incredible man who gave me total freedom, and God knows I pushed the boundaries.

WWD: What have been some of your most memorable moments?
C.R.: Putting a transsexual bearded black man [Andre J.] on the cover in a shoot by Bruce Weber. Jonathan was very courageous to let that one through. Sophie Marceau smoking a cigarette on the cover. That did very, very well, so I mean, people expect it of us and that’s what they love about us. I’m not saying I don’t get letters from people who are unhappy, but you can’t please everyone, and we take risks.

Painting Lara Stone in black, for example. We were accused of being racist, which was totally untrue, since I once did an entire issue on a black model [Liya Kebede in May 2002]. We’ve done a lot of nudity. We’ve done everything in Vogue. It was very amusing when we did the anniversary issue, because my personal heroes in photography are people like Helmut Newton and Guy Bourdin, and when I saw their photographs [in our anniversary portfolio] alongside those we produced with people like David Sims, Inez [van Lamsweerde] and Vinoodh [Matadin], Mario Sorrenti, Mario Testino and others, I think we kept that rock ’n’ roll attitude. That was very important to me.

WWD: Indeed, when rumors started to swirl a few seasons ago that you were going to replace Anna Wintour as editor in chief of U.S. Vogue, some people said you would be too unconventional for that position.
CR: Those were nothing but rumors. I was never offered the job, and it’s true that I think I would be too rock ’n’ roll for American Vogue. I think Anna is doing a great job and they would be very wrong to replace her.

WWD: So what are your projects?
C.R.: I don’t really have any, because I have always done things on a whim. I have two issues to bring to print, February and March, and will get the ball rolling on April. So my first order of business is getting all this work done by the end of January or maybe early February. I’m not announcing that I am leaving for a new job with a magazine or as a consultant for a large luxury brand. For the moment, I am just taking it one step at a time and leaving behind me an exceptional team. That is what I am the most proud of, having put together this team and being able to come to work every day and being happy to see the people I work with. I have worked in other magazines, so I know this is extremely rare.

WWD: People say you have continued to work as a consultant on the side, so presumably you will be continuing that work?
C.R.: I don’t do any consulting work or advertising. I was the muse of Tom Ford and Gucci for years, but that was a long time ago. There have always been these false rumors. It’s like the talk about me going to U.S. Vogue — rumors travel fast. They are false rumors, and, of course, if I leave and I get interesting offers, I will do it. Why not, now that I can? But it is not even one of my priorities. It might not be the most fun thing for me to do. I consult for people every day, because people are always asking me who they should pick as the face of their next advertising campaign, which photographer. I go to view collections and shows because apparently I am a good-luck person. A lot of my friends are stylists, so I do consult for them, but I think that’s part of my role. But in a completely friendly way. It’s always fun when people ask you for advice. I find it entertaining and I have always done it, and that’s where you see the power of Vogue, which is that people listen to us.

WWD: Have these rumors been hurtful to you?
C.R.: Of course! People were saying we were a corrupt magazine. You just have to ignore rumors. I have learned to be serene. It used to shock me in the beginning. I don’t even look at these blogs. I have a fake Facebook page. I’m not on any social networking sites, so all of that is fake, and I don’t look at anything, but people always tell you about it anyway. You hear about it whether you want to or not. One day, I was talking about it to Anna Wintour, who told me, “Look, don’t listen to anyone. Go for it and do the best you can.” She was absolutely right. You have to just harden yourself, but it’s not all that serious, really.

WWD: Have you been asked to help pick your successor?
C.R.: Not at all. Nobody has said anything to me about it, so I don’t know anything at all. You would imagine it will be a woman. She will be very lucky because I have an exceptional team, so I hope she will be able to keep them, because that is what I am most proud of. They were all in my office this morning, and I have a rock-solid team. They used to call us the Dream Team, and the Dream Team exists. The Dream Team is here.

WWD: Had you told anyone about your plans?
C.R.: I was bound by a confidentiality agreement, so I kept my word. It was very difficult and I managed not to say anything, even to people who are very close to me at the magazine. The only person who knew about it was my husband, so the poor thing had to listen to me all the time, because you want to talk about it with somebody.

WWD: You’re on the cusp of a whole new life.
C.R.: For the moment, I can’t make any plans. I am completely committed to Vogue, completely. You want to leave on a high note, so of course I am putting a huge amount of pressure on myself. I am a true perfectionist. 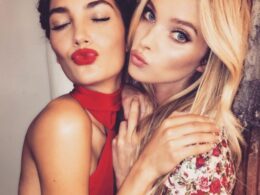 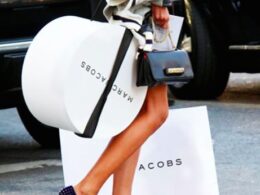 For fashionistas, long weekends are almost synonymous with sales and fashion steals. Lucky for us, Columbus Day weekend…
byChristina Silvestri 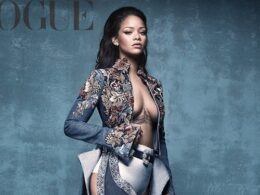 High off her New York Fashion Week debut with Puma x Fenty, Rihanna is racking up her fashion…
byChristina Silvestri 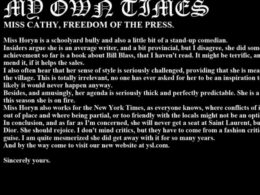 Merry Christmas and Happy Holidays! We hope that you are enjoying this season with your friends, families, and…
bydiane