Yes I can’t stop talking about fashion week, but what kind of style blogger would I be if I could pray tell? The Mercedes Benz New York Fashion Week show haven’t hit a lull yet. And maybe just maybe they might even be gaining some crazy momentum as evidenced by the Marc Jacobs show last night at the Lexington Avenue Armory.

You have to love Marc’s sense of individuality. I love the fact that he loves the Armory. When I lived in NY I can’t tell you how many times I stopped in front of that old place “just because”. There are just some building’s in NYC that have that affect on people and on Monday it had it’s effect.

Mr Jacobs never one to disappoint put on a fabulous show. How do I describe it, well, if you take one part Bianca Jagger from her Studio 54 days, one part Jodie Foster’s street walking character in Taxi Driver, and one part Susan Sarandon from Pretty Baby you have an undeniably awe inspiring collection. This time, it was full of sunny warm shades that will just have every hipster girl melting in her Manolos. There is something for everyone, pants in the extra long or hot short variety, belted tops and coats, big flower appendages, Missoni-like prints and silk taffeta fly away dresses that are just divine. 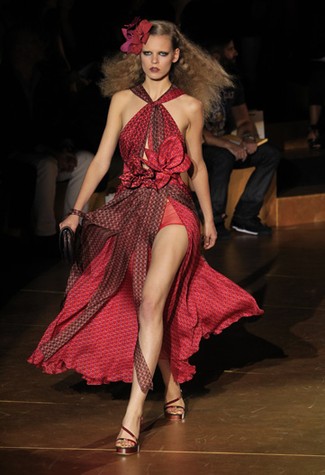 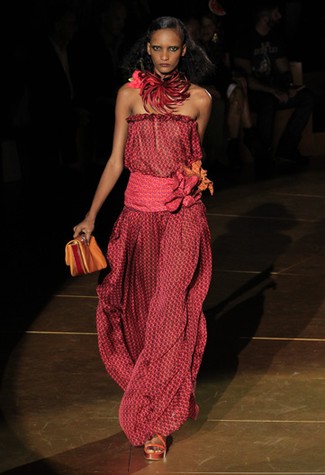 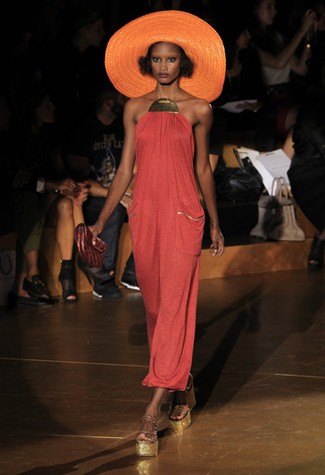 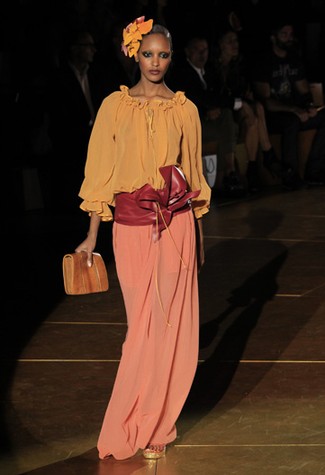 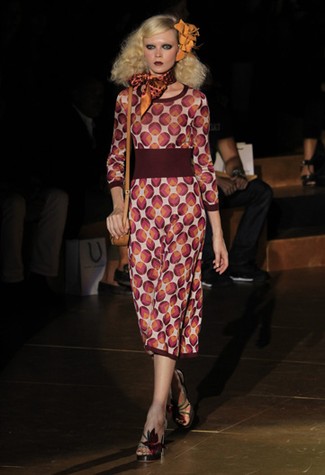 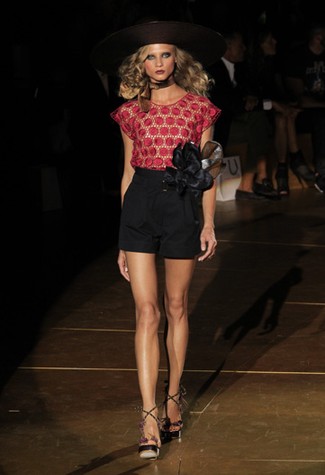 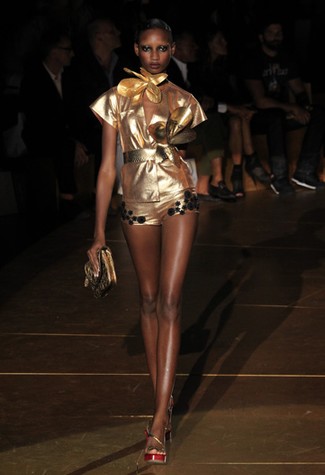 Of course everyone just seems to love Zac…Posen that is not the teen idol Efron in this case. This season Mr Posen debuted his latest line Z Spoke. Though there were several darling pieces in the collection that would be perfect for his regular devotees like Natalie Portman and Claire Danes, the show overall felt more like Vivienne Westwood or Anna Sui at times…maybe with a tad bit of Betsey Johnson thrown in. Between the somewhat rainbow post-punk makeup and the crazy trannie shoes (a Vivienne Westwood staple) I almost forgot about the things I usually love about Zac like expert stitching and darting, but I will cut the guy a break, after all he had such crazy success at a young age and I am sure churning out those pretty little perfect dresses gets to be a bore darling… 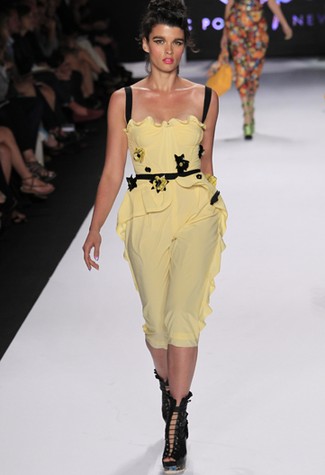 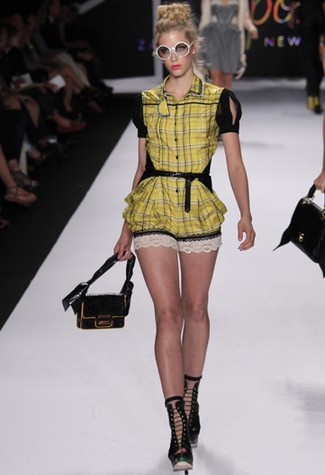 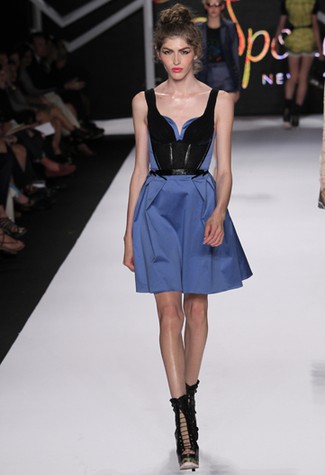 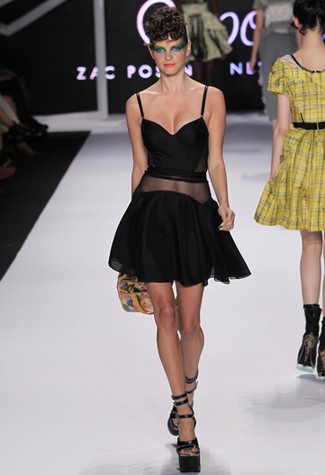 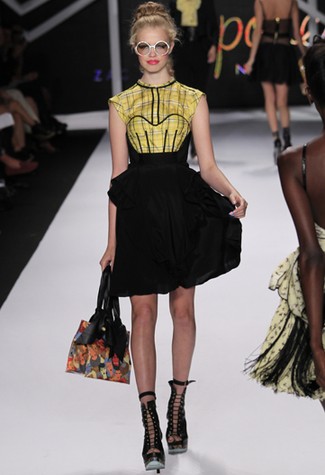 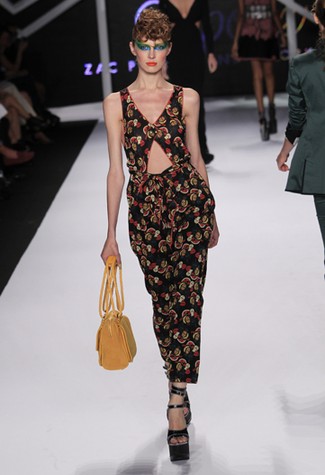 Of course we can’t miss a chance to talk about the Diane Von Furstenberg show, I mean these are the clothes that woman really love to live in. This was the first show with DVF’s newest creative director Yvan Mispelaere’s and while the signature staples were still there these DVF girls had a decidedly different attitude. This girl is a world traveler and one of those so cool, so smart and so chic varieties that she can barely be bothered to cover her nearly perfect face with makeup, lest for a bright lip and as for her hair…a bun twisted up with a pencil will do. In the end it doesn’t matter because we all marvel at her anyway. This collection was full of crisp lightweight sportswear, with shirts, skirts and shorts all fluid and drapey in silks of bright patterns and rich deep neutrals. Though I didn’t covet all the loud patterns there were a few that will be just too sweet to pass up come Spring. 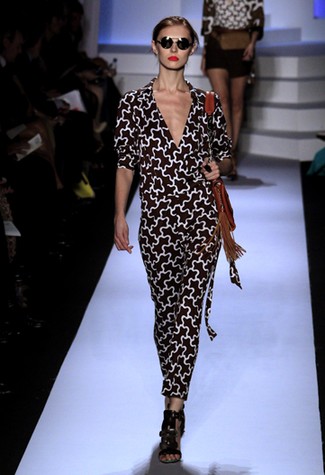 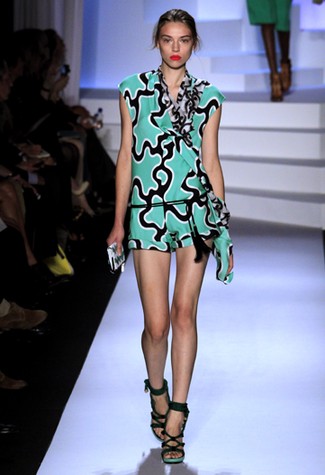 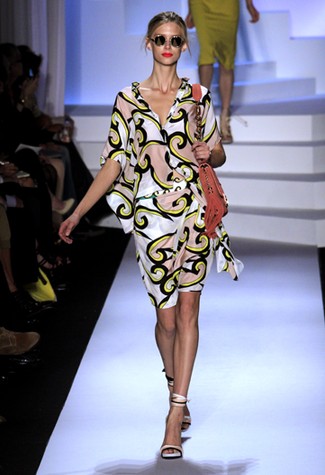 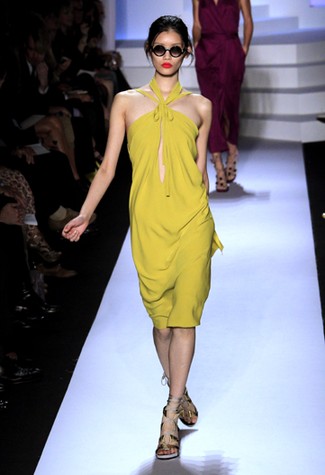 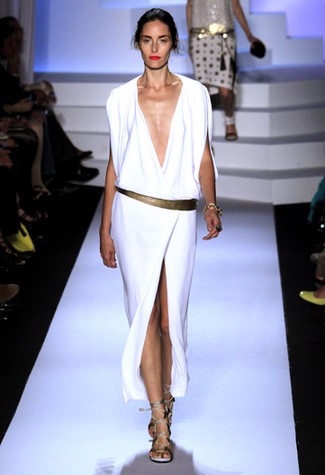 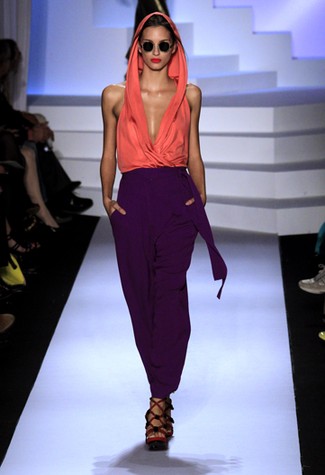