Tom Ford is known for his statement-oriented gold hardware. Christian Louboutin is known for his iconic red soles. And for Joan Dominique? Unique curves on the Brizo style are so easily recognizable that she is stopped on the street.

“I designed my shoes with the goal of pursuing elegance in mind—I never imagined them to be so comfortable”, says Dominique who has a divine hourglass figure, a natural beauty-queen, and has a 200,000 influential Instagram following. “I love when strangers approach me to describe the comfort and joy that my product has brought to them. There’s truly no better feeling.”

Joan Dominique began in men’s shoes and launched her women’s shoe division in June. “Expanding from men’s to women’s was a natural growth for both the company and me, as a designer. Initially, I was a women’s shoe design intern at Alice + Olivia and that is where a great deal of my learning began. It’s exciting to return to the realm of design where I started.”

The twenty-three year old Dominique, who is half Canadian, half American who was largely raised in Paradise Valley, Arizona, is a part of a new breed of influential creatives making their presence felt in the fashion industry, locally and internationally. She has presented at local fashion shows such as Phoenix Fashion Week and within a year, she presented at the prestigious Paris Fashion Week. The company has presence in American metropolises, Phoenix & New York City. Notable collaborations she has had include with Watson’s Hat Shop, Sanderson Lincoln Black Label, and Oxford Fashion Studio.

“I’ve worked in Phoenix, I’ve worked in New York, and I’ve worked in Milan yet every place I go I discover I make shoe contact with people before making eye contact. In this discovery, I found that Italians have the best eye for shoes—does not matter expensive or inexpensive. It was an elegance found in the very nature of the craftsmanship of the shoe and I wanted to bring that essence of grace to the United States.” All of her product is handmade in Italy.

She has big plans for the future. A physical store front is not out of the question but her interest is more geared towards expanding into other categories and interest where she can leave her artistic mark. 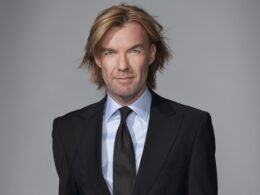 Ken Downing is the Fashion Director for luxury department store Neiman Marcus. His job description requires him to…
bydiane 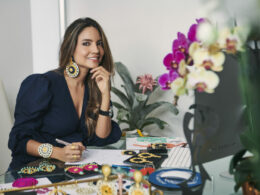 Ana Carolina Valencia is a jewelry collection with a distinctive bronze look, check out our interview with the designer!
byTyler Hollis
2 shares
1
0
1 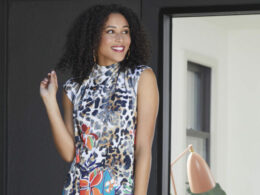 An Interview with David Meister on His New HSN Collection 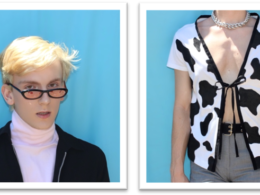 From Upcycle to Upscale: How Two Young Designers Use Sustainable Clothing to Push Fashion Boundaries

Lucas Baker and Anthony Dahdal are two young designers showing us how up-cycle and eco-friendly can still be FIERCE! Written by our own Trendsetter Jenna Medlin-Roark.
byTyler Hollis
8 shares
8
0
0