Making bi-monthly trips to the salon and keeping up with the latest on-trend polish hues are a lot to keep up with for a busy gal. Lacquerous is a new polished (pun intended) luxury nail varnish sharing company. Think of it as Netflix for nails.

For $18 a month, a Lacquerous subscriber can choose any three polishes at a time. The site currently hosts nine brands — Tom Ford, Deborah Lippmann, NARS, Butter London, OPI, Chanel, MAC, Dior, and Dolce & Gabbana — with over 70 shades to choose from. With shipment, the company includes a pre-paid mailing label to return the colors and sends the next shipment a few days later. 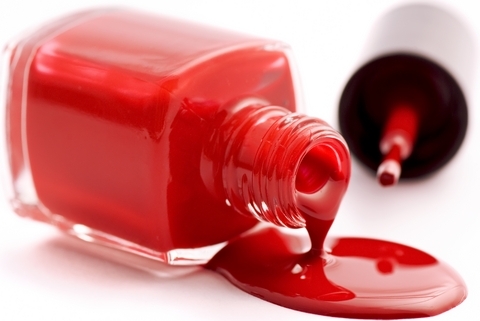 If three bottles aren’t enough, subscribers can create a “Lust List” of favorite lacquers for the following month, which Lacquerous will also use to assess your personal taste to make future suggestions. Users can also submit requests for favorite shades.

The high-shine brand was conceived by marketing executive Ashlene Nand and Third Wave Fashion founder Liza Kindred, who couldn’t justify spending between $14-$30 for a single bottle of luxury lacquer.

The site already boasts a waiting list of over 2,500 people since its first day in business Tuesday. For now, the service is invitation-only, with only a few hundred members granted access at a time.

Note this also means sharing bottles of nail polish with random others, much like at a salon. The company states on its website that no bacteria can live in nail polish, however assures customers they will receive bottles that are “Instagram worthy,” recommending users maintain sanitary nail habits with the use of base coats, which are not included.