Learn More About the New 2011 Bachelorette

Is it May 23 yet? I simply can’t wait for The Bachelorette to premiere on ABC TV. Yes, I watched almost every episode of The Bachelor, which aired its highly anticipated finale last Monday. But spare me the emotional women, and bring on the men! The Bachelorette is by far my favorite dating show on TV. And as one Bachelor season comes to an end, one rejected gal becomes the new Bachelorette! And who is this lucky girl? The 26-year-old dental student from Maine, Ashley Hebert!

Brad who? Ashley will have so many handsome men competing for her love (including someone I know personally) in some of the most romantic and exotic destinations in the world, that she won’t remember why she shed a tear for the recently engaged Bachelor.

Ashley appeared on the Jimmy Kimmel Live! to talk about her new TV venture, and I must say, I love her new look. She went back to her “natural” and dark brown hair color and is looking very sun- kissed. I think the men will be very happy with ABC’s choice.

The fourth-year University of Pennsylvania dental student will graduate soon and become the first professional Bachelorette. Advice to the bachelors: Invest in whitening strips and a teeth cleaning!

Ashley told People.com that she was appeared to be an insecure woman on The Bachelor and is ready for people to see her for who she really is.

“A lot of what happened between Brad and me brought out some weird side of me that doesn’t define who I am,” Ashley told People.

She also is looking for a guy that “makes [her] feel comfortable, somebody with a positive outlook on life, who’s going to be supportive and loyal,” according to People.com.

Bachelors, you will not only be dating a “Dr.” but a trained dancer (with the stereotypical dancer’s body to go along with it) and Maine’s Junior Miss in 2002!

“I was trained in ballet and jazz, and I do hip hop for fun. I teach beginner classes at the school’s fitness center,” she told People. But don’t freak out men, you don’t have to be awesome on the dance floor to win her affection. “That’s not a requirement,” she added. “I don’t want him to make me look bad!”

How do you feel about Ashley? Do you think she will make a good Bachelorette?

Bliss at the W

If you’re a fan of beauty supply stores (Sephora anyone?), then you’re probably familiar with Bliss products; you…
byAmy 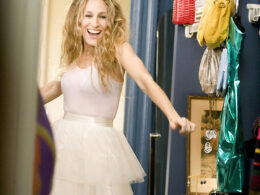 Sex and the City: The Prequel

We’ve embraced with and obsessed over Sex and the City through six seasons and on the silver screen (twice), but are we ready for a high school version?
byChristina 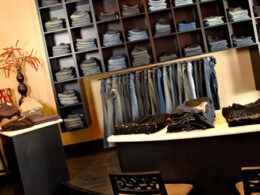 Embrace your inner girly-girl with Scottsdale’s Girls Day Out at Estilo Boutique! On March 8, the stylish…
byJackie 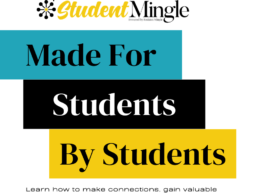 Interested in a Career in Fashion and Beauty? Meet Student Mingle!

Student Mingle is a virtual networking space for students aiming to get into the fashion and beauty industries. Create a student profile and show off your talents to connect with other fashion students, industry professionals, or to find opportunities globally or in your home city.
byTyler Hollis