Model Laura Willert tells us what she’s been up to since snagging the title of Future Face of Foothills 2013 and offers some helpful advice to the next Future Face.

What made you enter FOF?
I heard about the FOF contest through my modeling agent. It sounded like an amazing opportunity that I couldn’t pass up on!

When you first entered the contest, what were your thoughts?
When I first entered this contest I never knew that it was as big as it is! When I first went on the website when the voting began I was shocked to see the amount of girls and guys wanting to be the Future Face of the Foothills.. It definitely made me step up my game!

Before becoming the Future Face of Foothills, did you have any prior modeling experience?
Yes, I was and still am signed with the Ford/Robert Black Agency here in Phoenix so I did have modeling experience prior to entering this competition.

Prior experience or not, how has winning the contest impacted your modeling career?
It has only been of few months of being the Future Face of the Foothills and already I have met so many contacts that I would have never before! Winning this contest was challenging but probably the best thing I could have done especially for furthering my modeling carrier.

What has being the FFOF been like?
I just have to say that the staff of the Arizona Foothills Magazine are absolutely amazing! Each and everyone of them is better than the next. Probably my favorite part about being the Future Face of the Foothills is being able to drop by the office just to say hi because I know I am always greeted with a warm welcoming! I have loved every second of being the future face of the foothills and would do it over in a heart beat if given the chance!

What was your favorite part about being the FFOF?
As I said above, the amazing Arizona Foothills Magazine team!

So many beautiful faces enter FFOF every year. How did it feel to win?
I cannot believe that I won the FFOF. Still, to this day, I am shocked that they picked me over the hundred other beautiful contestants who wanted this so badly. I had an amazing support system that made it possible for me to have even made it to the top ten. I remind myself everyday of how thankful I am to have gotten to where I am today.

What advice would you give to nominated contestants this year?
Never give up! This might sound cliché.. But it’s the total true!! At some times in this competition you might want to burn all of the computers in your house..however, you will never succeed unless you try. So have fun with the whole process and make sure you have a support system with you!

Any other advice you would give to aspiring models?
Modeling is only as fun as you make it. Never be too serious that you can’t have fun and always be yourself!

Did Facebook/social media help you get votes?
Social media would definitely bring in votes, again I had a huge support system but I know for other girls Facebook and other social media websites brought in tons of votes for them!

*Want to be the next Face of Foothills?
Mark your calendars and meet us in-person at the following casting calls:

You may also enter by submitting your name, age, and photo to faceoffoothills@azfoothills.com. 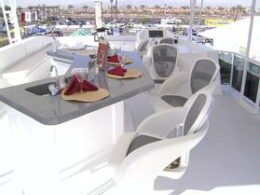 Heading to Lake Mead or Lake Powell in this final stretch of summer? You can stay in luxury…
byJackie

Whether you’re watching your figure or your finances (both very important), head on over to Bombay Spice, where…
byAmy 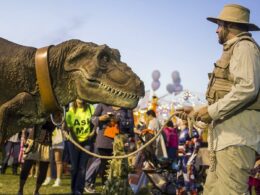 How often does the opportunity present itself to own your own giant robot T-Rex?  Now is your chance…
byCaitie 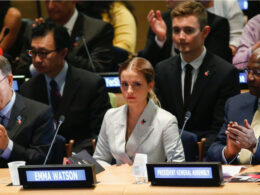 A Powerful Speech on Feminism By Emma Watson

Emma Watson has come a long way since her days as Hermione Granger in Harry Potter.  Watson spoke…
byCaitie