Face of Foothills: Q&A with Tori and Stephanie

Today marks one week before Round 1 of voting for Face of Foothills 2012 that starts at NOON next Friday, July 1, and we couldn’t be more ecstatic!

The competition’s looking fierce – after receiving some more great entrants to the contest since our last post, we have continued selecting candidates for semi-finalist nominations, gearing up for that July 1 release.

(For complete contest rules and regulations and about the voting process, click here).

Special Note: Entrants will find out if they were selected by AFM as semi-finalists from all Casting Call and Web entries by July 1 on azfoothills.com. Official voting begins on July 1 at NOON.

What made you enter FOF?
My agency actually told me about the contest and I thought that it would be a great opportunity to enhance my modeling career for more exposure.

When you first entered the contest, what were your thoughts?
I was actually really intimidated when I first entered because there were so many people and everyone was gorgeous! I honestly thought I didn’t have a chance but was encouraged by family and friends to go for it.

Before becoming FOF, did you have any prior modeling experience?
Yes, before becoming the FOF I was signed with the Agency Arizona.

Prior experience or not, how has winning the contest impacted your modeling career?
Winning the contest has opened so many doors for my future. I have been introduced to many wonderful people. I have also become more comfortable in front of the camera and engaging in conversations with strangers.

What has being the FOF been like?
I am so thankful to Michael Dee. The amount of exposure I have received has been incredible; not to mention the excitement I feel when I see myself on the header of their website everyday.

What was your favorite part about being the FOF?
My favorite part of being the FOF would have to be the photoshoot I did for the cover and the spread inside. The clothes and make-up for the shoot were awesome! It was a whimsical theme so my hair was crazy curly and teased. Being on the cover of a magazine has always been a dream of mine and winning the FOF has given me my opportunity to be on their cover.


What was your experience like on your first photo shoot with AFM?
I was so excited for the photo shoot and also really nervous! Everyone that was there was so much fun to work with and were very encouraging throughout the day. The clothes, hair and make-up were so fun! It was definitely one of the best shoots I have done and I was exhausted from all the excitement by the end.

So many beautiful faces enter FOF every year. How did it feel to win?
All I can say is I was in shock! I started crying I was so happy! I will never forget that moment and I am so happy my family and friends were there to celebrate with me.

The First Round of voting for FOF 2012 starts July 1. What advice would you give to nominated contestants?
If you are serious about winning you cannot be afraid to ask people to vote for you. You will need all the votes you can get. I definitely couldn’t have won without the support of my family, friends and sorority sisters. I can’t tell you how many times I bugged people or bribed people to stay up late and vote for me. My mom even canceled her flight home from New York on the last day of the last round of voting just to help me get to the final 10.

Any other advice you would give to aspiring models
Entering the contest was the first good choice you made. Don’t give up now that you are in the contest. I know it is very overwhelming with the amount of people entered in it but the outcome is amazing and with a little support from family and friends you too can win it!!

Did Facebook/social media help you get votes?
Facebook helped me get a ton of votes! I set my status with a link to the website asking people to vote for me. I even asked my friends and family to make it their status as well. It was amazing how many random people I had voting for me.

What made you enter FOF?
I entered the FOF because I absolutely love Arizona Foothills Magazine. The magazine is known for its beautiful and sophisticated editorials (especially in the modeling industry); so it was a publication that I had always dreamed about being in. And man, what a dream come true!

Before becoming FOF, did you have any prior modeling experience?
I had been modeling for about 3 years prior to becoming the FOF. I didn’t start modeling until I graduated college, so you could say I got a late start.

Prior experience or not, how has winning the contest impacted your modeling career?
Winning the contest greatly impacted my career. Literally, the night I won, I had over 30 friend requests on Facebook from people within the industry. Not only was I getting noticed in the fashion community, but I started getting more work. Just this last month, I booked a job with Sheraton Hotels and one of the clients from New York was like “So I hear you were the Face of the Foothills winner?!” Two years later and FOF is still opening doors for me!

What has being the FOF been like?
Being the FOF was so much fun. It’s kind of like being a mini celebrity. For instance, I ran into some old neighbors I haven’t seen in like ten years and they were like “So, we have to ask, but is that you on Arizona Foothills website?” Not to mention, people I work with asking for my autograph; that was a bit embarrassing (I have to admit)!

What was your favorite part about being the FOF?
I don’t think there is just one favorite part about being the FOF because for me there is like a million! To list a few, the photoshoot was amazing, getting to know and become great friends with the staff of AZFoothills, the parties and events you get invited to, seeing your face on their website and twitter account for a whole year and not to mention all the amazing cash and prizes! You know, I was able to buy my very first pair of Louboutin’s with my Saks gift card!

What was your experience like on your first photo shoot with AFM?
Amazing!!! Getting to wear thousands of dollars in clothes and accessories is any girls dream. Not to mention getting to have your hair/makeup done by the industry’s veteran Diane Aiello and shooting with a multi-published photographer Werner Segarra. The spread turned out so beautiful, thanks to the Creative Director, Leigh Arthur’s vision!

So many beautiful faces enter FOF every year. How did it feel to win?
It’s indescribable, really. It was so funny because for a week after I won, my husband would go around the house just saying “I’m married to the Face of the Foothills!” I really was so shocked because all of the top ten finalist were not only gorgeous on the outside, but truly all of them were so beautiful/sweet on the inside too! It really was a honor to be chosen out of such a great group of women!

The First Round of voting for FOF 2012 starts July 1. What advice would you give to nominated contestants?
The advice I would give to the contestants is to make sure you tell everyone about the contest now! Get on Facebook, Twitter and any other social network you use and spread the word about the contest. Seriously, you are going to need the help of your family, friends and co-workers! That’s who got me to the top 10!

Any other advice you would give to aspiring models?
For all aspiring models out there, educate yourself about the industry that you are aspiring to be a part of! Beware of scams and people who will use you and take your money; because unfortunately there are people like that out there. However, there are a lot of great and reputable agencies in Arizona! Start by submitting your photos to an agency for representation and let them help and guide you in your career. Remember that you are in control of your image, so stay true to yourself and what your goals are. You should never have to compromise your beliefs to get ahead. The greatest beauty of all is what comes from within; that is what makes the outside so much more beautiful! 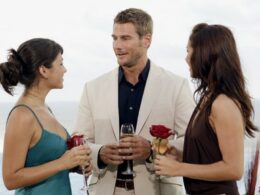 Ways to Become a Reality Star

Do you think your face belongs on TV? Does the camera love you? Well you don’t need to…
byJackie 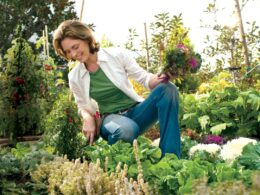 How to Grow Your Own Garden

Happy Earth Day! Simultaneously improve your health and help the planet by growing your own garden.
byChristina 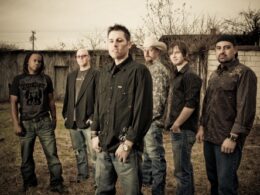 Image courtesy of billboard.com The American-rock band Augustana is returning to Phoenix again this December.  You might recognize their…
byCaitie 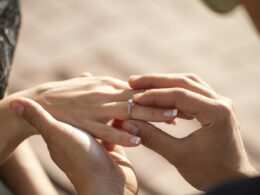 6 Engagement Rings to Remember from The Bachelorette

It’s official: Becca chose Garrett – and he proposed with an 18-carat gold rock! Although not all of…
byKarah Van Kammen