Weekdays got you down? TGIF because internationally known and top-selling comedian, Michael Malone, is stopping by The Comedy Spot Scottsdale for some laughs and roars.

The former Ohio native says he brings a Midwest mindset to the clubs and colleges across the country touching on a spectrum of topics from relationships to pets, crazy family and the drama of technology.

With the success of his debut comedy album, “Let’s Get Physical,” Malone claimed comedic champion of the Seattle International Comedy Competition last month, where he beat out 800 other talented competition. Malone has been featured on the Bob and Tom Radio and TV Show, WGN TV, National Lampoon’s Operation Comedy Tour, NBC TV, XM/Sirius Satellite Radio and the CW. 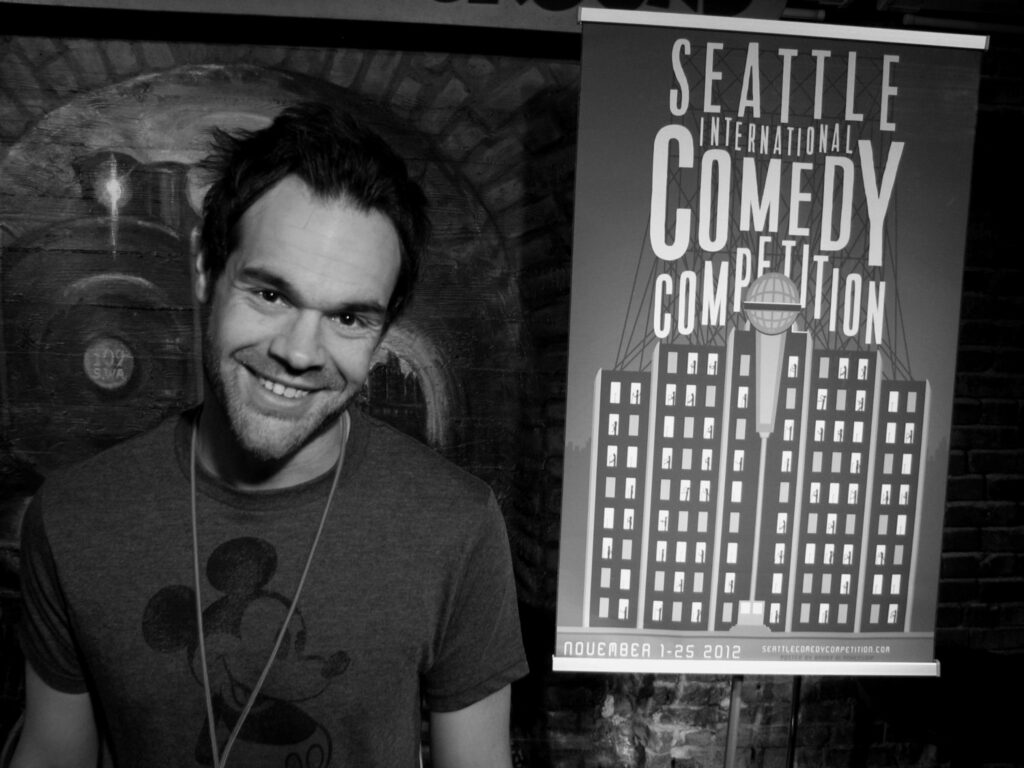 Michael Malone poses after the announcement of his first place finish at the Seattle International Comedy Competition.
Credit: Peter Greyy 2012

Must be 21 or over with a valid photo ID to enter. A two-item minimum per person applies.