I’ve fallen in love, folks. Last week, I got to visit Prado at Intercontinential Montelucia Resort & Spa in Paradise Valley and taste chef Claudio Urciuoli’s amazing Spanish-influenced fare. I have been a fan of chef Urciuoli’s for a while, actually, after having tasting his amazing pastas at one of his former posts, Taggia at FireSky Resort. And I am pleased to report that I heart Prado and Urciuoli hasn’t lost his touch.

First of all, if you can get to Prado before the holidays, do it. The restaurant’s towering Christmas tree is glorious and the twinkling lights in the Italian-inspired courtyard instantly put me in a cheery mood. If not, make it your New Year’s resolution to give the restaurant a try. And it was very encouraging to see that, even on a weekday night, that Prado was packed with patrons.

Start with the unbelievable caprese salad. Yes, you’ll find this dish at nearly every Valley restaurant. However, at Prado, mozzarella is substituted with supercreamy burrata, and the oven-roasted tomatoes are slightly sweet. When it came time to order an entree, there was no question that I needed to sample the chef’s pasta offerings. The pasta al ceppo, with mushrooms and manchego cheese, was a hearty and delicious choice. And the fideua, which consisted of spaghettini, scallops, langoustines and lobster broth, was divine and offered a bit of a spicy kick. (And do note that the fideua, which is like a paella with pasta instead of rice, is meant for two people to share.) If spice is your thing, you’ll love the Amante Picante cocktail. It’s a blend of 4 Copas Blanco Organic Tequila, fresh cucumber and cilantro, plus a secret ingredient that gives the cocktail its kick. For dessert, the churros was utterly yummy. And don’t expect stick-straight Disneyland-variety churros–Prado’s rounded, making them easy to grab and dunk into the melted chocolate.

Before or after dinner, you can hit up Mbar, which is adjacent to Prado, for more tapas and cocktails. Mbar’s tapas menu even includes the very rare jamon de bellota, which melts in the mouth. (Jamon de bellota, meaning “ham of acorn,” was recently OKed to be shipped to the U.S. It comes from pigs who are acorn-fed.)

For my full report on Prado and the other culinary offerings at Intercontinental Montelucia Resort & Spa, be sure to pick of the March issue (put it on your calendar now) of Arizona Foothills Magazine. www.icmontelucia.com. 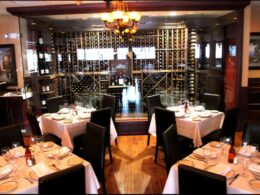 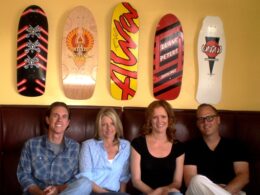 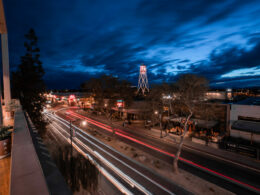 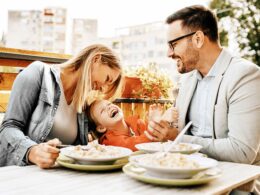 Whether Pops is a beer lover, a pancake enthusiast or a steak stalker, these Valley restaurants are offering…
byMelissa