The world-famous fresh and natural cream puffs chain, Beard Papa’s, is finally coming to Scottsdale. With its Japanese origins and cult following, the dessert destination is set to officially open on February 27th.

Originally founded in Osaka, Japan, in 1999, Beard Papa’s started as a small bakery and quickly grew to more than 400 locations, in 15 countries and territories, while gaining global recognition for their light and airy cream puffs.

Guests are then presented with a selection of airy cream custard filling flavors that range from traditional staples to seasonal favorites.

The menu does, however, extend beyond just puff pastries with offerings such as cheesecake, chocolate fondant, and an exclusive blended drinks menu.

The cream puffs are far from your traditional frozen puff found in the freezer aisle. The recipe is simply addicting. I’ve never met anyone that has tried Beard Papa’s that doesn’t crave it again the days following.

The product is unique in that there is nothing else like it on the market. From the high-quality ingredients used in the custard filling to the puff shells that are freshly baked throughout the day, the Beard Papa’s experience is unmatched.

– Tucker Kaufman, a marketing representative for the franchise

On the grand opening day, various local influencers are scheduled to make appearances as well as neighboring business owners. 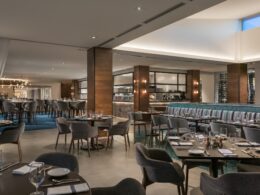 May 17 to May 26: Spring Arizona Restaurant Week

It is every foodie’s favorite time of the year: Spring Arizona Restaurant Week (ARW)! From Friday, May 17,…
byMelissa 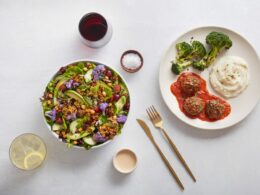 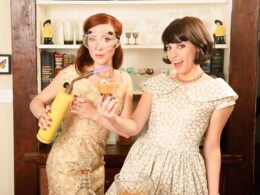 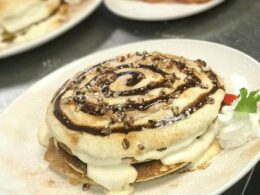 Who couldn’t use a stack of lemon-ricotta or Nutella red velvet pancakes right about now? On Saturday and…
byMelissa
135 shares
135
0
0